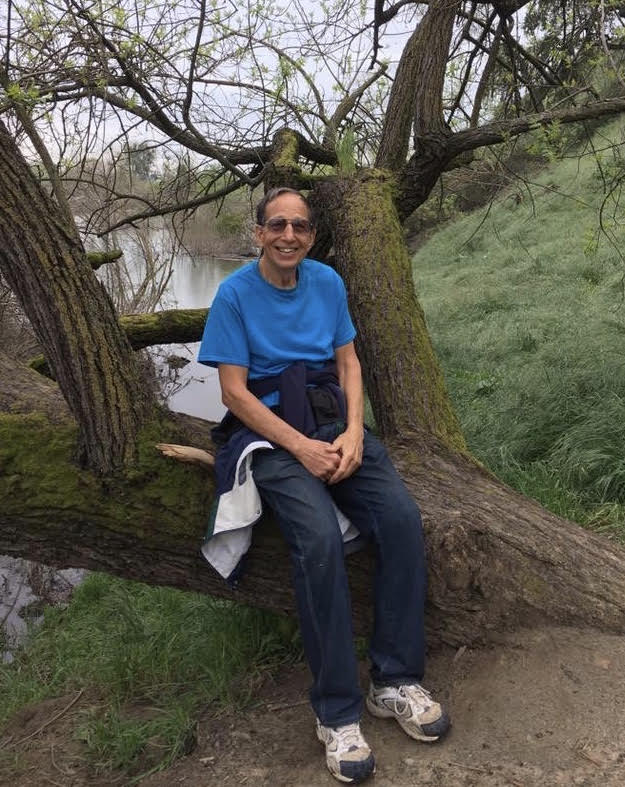 Willard (Bill) Grant Switzer passed from this world to the next on November 14, 2019 in Waterford, California. He was 80 years young. Born in Modesto, California on March 15, 1939 to a family of eight children, Bill was the youngest boy in a home with five daring sisters and two brave brothers, son to Ralph and Jessie Switzer. He is survived by sister Norma Kelley (Wes), brother Gordon Switzer (Billie), and sister Jeannie Calkins (Don).  Bill was a fantastic father to Nathan and Erika, father in law to Shanna, and grandfather to Noah, Elliott, Lydia and Sebastian.  He delighted in every opportunity to see his kids, grands, and extensive family of cousins, nephews, and nieces.

Bill was an everyman in many ways, physically gifted and seemingly able to succeed at most anything he put his mind or hand to: an athlete whose heroes as a boy were Tarzan and Robin Hood, he played football at Oakdale High School and was often found lifting weights with brother Gordon. His studies at La Verne College and Cal State Fullerton led to a career in teaching foreign language including German, Spanish, and Russian to students at Service HS and A. J. Dimond HS in Anchorage, Alaska. He was tickled to often pass as a native speaker of German when in Europe.

He was an exuberant man who loved meeting individuals from other countries.  He spent time in Brethren Volunteer Service as construction “foreman” of a big project converting a one-time Nazi-held hotel to a retirement home and as a counselor to Gypsy children in Germany. A natural gift for language led to him being “volunteered” as unofficial translator for his BVS group from America, while teaching himself to speak German.

Bill answered the call for more teachers in the booming oil state of Alaska in 1971, braving the Alcan Highway in a green combi bus – wife Linda Switzer (Harris), twenty two month-old Nathan, and baby Erika followed later. He quickly fell in love with the wildly beautiful state in which he raised his family, learning how to fly a Piper “Super Cub” plane with his flying buddy and fellow teacher Darrell Misner. He went from cheechako to seasoned sourdough as he adjusted from the hot Central Valley in California to the land of the Midnight Sun and its two seasons: winter and construction.

His Frontier adventures would often be shared and perhaps embellished a bit amongst Lower 48 friends and relatives. Stories of re-building his plane from scratch and landing with broken gear with the assistance of his passenger and a rifle/strut. Or going flying in a $2600 Taylorcraft and landing on a lake to visit a lodge.  By the time he and Linda were ready to go, things were too slushy to be able to take off in the 65 hp T-Craft — she had to stay behind and a friend with a bigger plane later picked her up.

He was a modern dad who put his hand to cooking meals and changing diapers, too. In Alaska he learned to enjoy jogging, cross country skiing and bicycling. The long winters didn’t get him down – he would attach small screws to the bottom of his running shoes so that he could take advantage of the endorphins and fight the blues. He enjoyed summers off and didn’t shy away from being a parent, attending Nate and Erika’s x-country running and ski events and ensuring that schoolwork was attended to. He particularly enjoyed learning about nutrition and “encouraged” his family to adopt a three-month long diet eating things like buckwheat bread and carob chip “cookies” in order to achieve optimal health.

When Alaska’s boom economy crashed, many people moved out of state and the need for teachers dropped dramatically as school attendance lagged. It was time to move back to his California roots to be near his close-knit family in Modesto.

An early retirement from teaching meant an opportunity to work other jobs and ultimately to travel in a 40 foot Class A motorhome with his second wife Gwen Marquis. During this time home was wherever the road took them: as far north as Alaska for a visit with his children and friends (and fresh red salmon), or south to Baja (Mexico) or Yuma (Arizona) to exchange stories and wisdom with other RVers.

In later years Bill settled down in Waterford, California to live a simpler life amongst the almond orchards on a friend’s farm. He continued to meet interesting people and cultures as he joined an exercise class for seniors (with frequent invites for others to join). He often attended Community Baptist Church of Waterford giving him an outlet to grow in Jesus, and to help tutor Spanish speakers in English. A green thumb enabled him to grow tomatoes and squash next to his home, and bike rides and jogging amidst the country roads in farm country were his preference when quarters grew tight.

Bill passed away at home from natural causes – fortunately, it occurred after recently spending time with family he loved. His exit from this world came suddenly but was no surprise to his Savior. We miss you so much, Sweetie Switzer.

His legacy lives on in anyone who dares to make the world a smaller place; who yearns for a world at peace; who hears the call of the wild and takes a risk; and who values the sweetness of his fellow man’s soul and meets it with his or her own.

If you are reading this online, please take a moment to share your own thoughts and memories of Bill below.