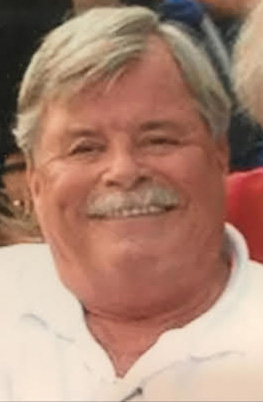 Tony graduated from Stagg High School in Stockton, California whereby a teacher or two coincidentally retired upon his graduation. He attended California State University, Sacramento and received a bachelor’s degree in journalism refining his ability to BS and master the red editing pen. His children have been scarred by it.

Tony was drafted and served in the U.S. Army, initially stationed in Hawaii, and could be found on the corner of Walk and Don’t Walk in “Wacky Wacky.” He is a Vietnam veteran and received a Bronze Star for his honor and bravery.

Tony was a production assistant and personal chauffeur to John Huston during the filming of Fat City. His career as a muckraker began for the Manteca Bulletin and concluded with the Modesto Bee. During his midlife crisis, Tony changed careers to become the Public Information Officer for Turlock Irrigation District. Tony was well known as the owner of Wellington Station, turned 10 East Kitchen & Tap House.

Tony enjoyed boating, fishing, RVing to all the corners of the U.S.A. and Canada, tormenting his children and almost drowning one when teaching him to water ski, correcting the Turlock Journal’s grammar (see red pen), telling stories and jokes, terrifying people with fake reptiles and amphibians, hanging out with friends and strangers at his favorite watering hole, and spending time with his family and grandchildren.

Services will be Monday, April 30th. Mass at 3 p.m. at All Saints University Parish, 4040 McKenna, Turlock. Reception and Celebration of Life to follow at 5 p.m. at the Denair Community Center, 3850 N. Gratton Road, Denair. You are welcome to join us for one or both services.

Memorial donations in Tony’s name can be made to Community Hospice at hospiceheart.org, or your favorite watering hole, where you are instructed to raise a toast and tell a few stories of the great Tony Walker.