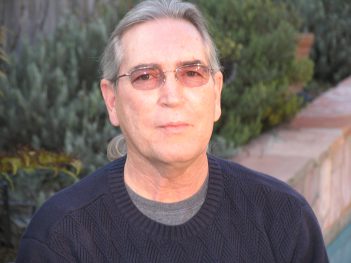 Nov. 1949 ~ Dec. 2018_x000D_
_x000D_
Danny was born in Madera to Mildred and Norman Murray and passed away at the age of 69 after a long battle with cancer. He was a lifelong resident of Turlock and graduated from Turlock High School. Danny earned his Bachelor’s degree from Fresno State University and later his electrical workers credential from Cal Poly and UC Berkeley. Danny spent his entire working career as a member of the International Brotherhood of Electrical Workers (IBEW) union. Among his many roles with the IBEW, he worked as a training director for apprentice electricians. He also worked for Metropolitan Electric installing cell towers in the San Francisco Bay Area. At the age of 53, Danny was diagnosed with cancer and retired.

After retirement, Danny remained active by helping with public service announcements through commercials with Sutter Health and also helped bring awareness to cancer prevention through Memorial Hospital’s complimentary therapies programs. He wrote poetry, contributed to anthologies and created art which were displayed in various locations including the Mistlin Art Gallery.

Danny started Turlock Uke Jamz in 2011 at Carnegie Arts Center and was the leader of Turlock Sunshine Strummers Ukulele Group also at Carnegie Arts Center. He had many hobbies including fly fishing, fly tying, and photography. As a teenager he was active in the Boy Scouts (Troop 21). Danny was also a master craftsman and avid San Francisco Giants fan.

He will be remembered as a loving husband, father and grandfather; his grandkids were so important to him.

Memorial contributions can be made in his memory to Carnegie Arts Center or Memorial Hospital Complimentary Therapies.