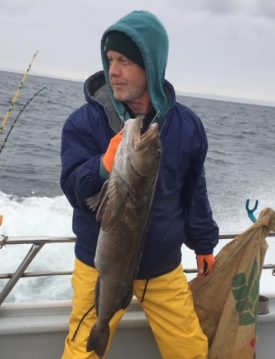 David T. Lawrence, 63, of Modesto, passed away peacefully at Alexander Cohen Hospice House, on December 13, 2020. He was born in San Jose, California to parents John and Artvera Lawrence. David was the youngest of five children. Even though he was only six minutes younger than his twin brother Craig, David was always treated as the baby of the family. The Lawrence family moved to Modesto when he was in 2nd grade and David spent the majority of his years calling Modesto his home. His family greatly enjoyed the outdoors and spent a lot of time camping, backpacking, and fishing.

He graduated from Grace Davis High School and MJC. Dave married Julie Thayer in 1980 and they had two daughters: Genesis and Elisabeth. They divorced in 1990 but remained good friends (which was convenient since his twin brother married Julie’s sister, Jill, so they saw each other quite often). He was thrilled to have a son, Jacob Mancino, a few years later.

He spent over 30 years working as an electrician and considered his coworkers at Soundscapes Electric his close friends. David also loved the time he spent working as a whitewater rafting guide, living as a “ski bum,” and at NASA.

The most important thing in his life was his relationship with Jesus. David’s faith in God came before all else. He became a Christian later in life and continued to live for God until the very end. He spent much of his time while hospitalized telling everyone who would listen about the peace that God gave him and the hope he had for his future in heaven. David attended Calvary Chapel Modesto and served the Lord in many capacities. He also served practically by using his skills as an electrician to help family, friends, and anyone who needed it. All he asked for in return was homemade cookies. He had quite the sweet tooth!

He had many hobbies, but the thing he will be remembered for is his love of fishing, especially deep-sea fishing. He also excelled at skiing, enjoyed watching sprint car racing, attending concerts, sporting events, and spending time with family and friends. Dave was a friend to all. He loved to bring a smile to people’s faces!

David is survived by his three children: Genesis (Daniel) Ming, Elisabeth Lawrence, and Jacob Mancino; two grandchildren: Julia (12) and Luke (10); siblings: Lynda (Paul) Hale, Mark Lawrence, and Craig (Jill) Lawrence; and one niece, three nephews, and their children. He was preceded in death by his parents, John and Artvera Lawrence, and sister Tamara Morris.

Special thanks to the wonderful staff at Dr. Adkins, Memorial Medical Center, and Hospice House for their excellent care. Also, to his incredible friends for all of their help this past year. Due to covid restrictions, a memorial service will be held at a later date.