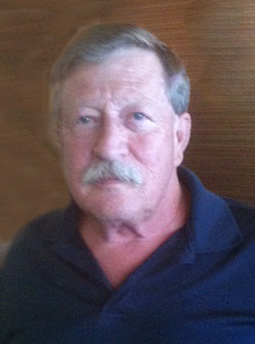 Jim was born in July of 1944 to John and Elvina Lilligren in Minneapolis, MN. He was preceded in death by his parents, grandparents and two of his beloved dogs, Daphne and Nefertari.

Jim grew up in an area of Minneapolis called Morningside. He attended Morningside Elementary School and went on to graduate from Edina-Morningside High School in 1962. Jim continued his education at the University of Minnesota, earning a Bachelor of Science degree in 1966 and a doctor of medicine degree in 1971. Jim completed his rotating internship and obstetrics and gynecology residency at Valley Medical Center in Fresno, CA. He finished training in 1975 and started practicing with Dr. Marion L. Sani, MD in July 1975. In 1977 Jim became board certified and was a diplomate of F.A.C.O.G. Jim practiced in Turlock for 33 years, retiring on May 1, 2008.

Jim met Cindy Olson in July of 1966. They were married on June 7, 1969, when Jim was half way through medical school. While in his residency program in Fresno, their first son Ted was born in 1973. Their second son, Tim, was born in 1977. Besides Cindy, Ted and Tim, Jim is survived by his sister Sally (Darrel) Olson of Eden Prairie, MN. Also surviving is nephew Dr. Mitchell Olson, DDS, and nieces Jennifer A. Olson and Shelly (Shawn) Nahan. There are many more nieces and nephews and relatives in Denmark and Sweden.

Jim wanted to be known for his love of friends and family, and for his sense of humor. He also had an insatiable penchant for knowledge. Jim loved his profession and loved seeing former patients. After retirement Jim pursued his interests of gardening, fishing and reading Scandinavian mysteries. Jim was able to do more traveling and gaining knowledge of the world and its peoples. He enjoyed volunteering on Monday mornings at the United Samaritans, helping make eggs for their egg salad sandwiches. Jim was a faithful and active member of Light of Christ Lutheran Church. He was also an associate member of Trinity Lutheran Church in Santa Barbara, CA. Jim was a friend of Bill W. for twenty-six years. You could also find Jim walking Daphne in Donnelly Park and in better days doing “the stairs” at Turlock City Hall. Even at physical therapy he would see old friends and make more new friends.

Jim will be having a funeral service in Minneapolis, MN, at Lakewood Cemetery. A memorial service will be held Saturday, May 5th at 1pm at Turlock First United Methodist Church.

In lieu of flowers, memorials may be made to a charity of your choice. Please consider United Samaritans, Light of Christ Lutheran Church, or First United Methodist Church of Turlock.