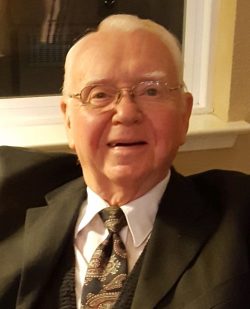 June 1935  ~  June 2020_x000D_
_x000D_
Gilbert L. Pope, age 85, passed away peacefully surrounded by his loving family at his residence in Turlock on Friday, June 19, 2020.  Gilbert, known as Lamar, was born in San Jacinto, California and enlisted in the Army National Guard from 1957 to 1965. In 1954 Lamar settled in Turlock where he owned “Popes Market” until 2001. In August of 1959, Lamar married to Nancy Carrol Haile and have been married for almost 61 years.  Lamar belonged to The Church of Jesus Christ of Latter-day Saints and enjoyed astronomy.