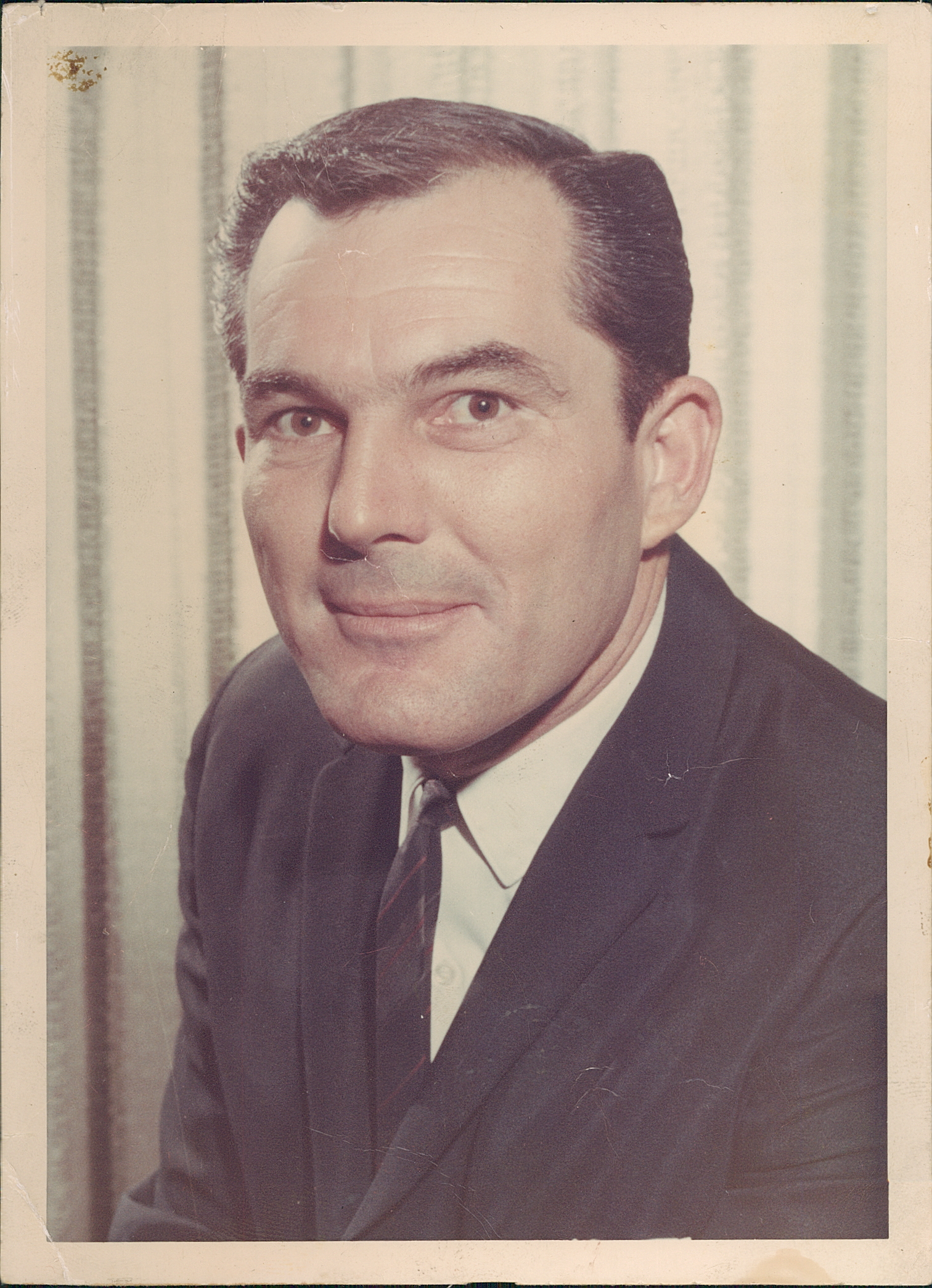 The early 1930’s were a period of severe economic depression everywhere.  The Winans took their two sons, migrated westward to hopefully find meaningful employment to provide for their family needs.

Mr. Winans took any job available until he had the opportunity to apply for an opening on the Turlock Police Force.  He qualified and was hired and spent the rest of his life with the police department.  Tragically, he lost his life in the line of duty with two other officers in a collision with a freight train on Lander Ave.

Glen’s first year in Turlock was at the old Lowell School (now the site of the Turlock Library).  He remained at Lowell the rest of his Elementary years.

Glen was active in and excelled in all sports.  He had natural skills in building and woodwork.  His participation in Boy Scouts was very important to him.  He served on the staff of Camp Bob McBride, at Pinecrest, as a lifeguard all summer his final year in Scouts.

Glen had an outstanding high school career in athletics and school activities.  Due to World War II manpower mobilization, Turlock High School was very limited on coaches, thus only Varsity athletics.  He was on the Varsity football team for four years and Varsity level in basketball and track for three years.  He was talented in all three sports and was well known throughout the athletic conference.  He was named to some all-conference teams his senior year 1946-1947.

Glen spent one semester at San Jose State College, but athletic scholarships weren’t as they are today and he was forced to return to Turlock for financial employment.

He worked for the street department of City of Turlock, Granahan Turkey Farms, Montgomery Ward and Osborn & Son.  He then had the opportunity to join with State Farm Life and Auto Insurance as an agent.  This was the big break in his career.  He was a natural salesman with his acquaintances and many friends.  This was the perfect fit for a very successful career. He was granted many awards from State Farm for his service.

Glen was an active member of the business community, serving on boards, campaigns, and other activities.  He had been a director of the Turlock Chamber of Commerce, member of the Turlock 20-30 Club, and Turlock Rotary for many years.  He was a fifty plus year member of Turlock Lodge #395, Free and Accepted Masons.

Glen and Janice took early retirement and spent much time motor homing throughout the U.S.   Many winters were spent in Arizona and enjoying their mountain cabin at Strawberry.

He is survived by his wife of 69 years, Janice McNutt Winans, his two daughters Sharolyn Winans of Bend, Oregon and Sandra Nolan of Roseville, CA, and grandson Travis Winans of Florida.

He was preceded in death by his parents, his son Jeffrey and by two sisters, Dara Kennedy and Nina Bynum.

Funeral services will be at the Allen Funeral Chapel, January 25, 2018 at 1:00 P.M.  The service will be conducted by Glen’s’ life-long friend Rev. Wayne Bigelow, M.D.