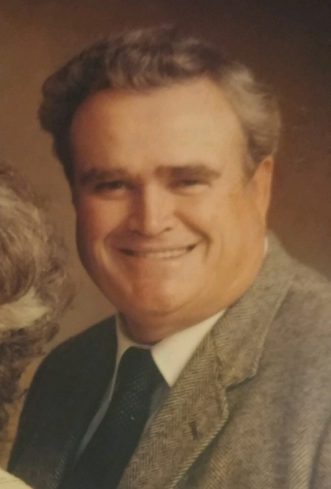 Sept. 1936 ~ July 2018_x000D_
_x000D_
Jack was born on September 22, 1936 in Bakersfield, California and graduated from Arvin High School in 1955.  After graduation he enlisted in the National Guard where he served from 1953-1955 and then directly into the United States Navy where he served from 1955-1957.  Jack married the love of his life, Phyllis Jean McCartney on February 24, 1962 and together they shared 56 years of marriage.  Toward the end of his days he would point to their wedding picture and say how lucky he was to marry the love of his life.

Jack worked as a firefighter in Seaside, CA until 1968 before settling in Turlock, where he spent the greater part of his career as a house painter.  He worked for many different clients in Turlock, where he grew to like and respect many of the people he worked for.  In the early 2000’s Jack retired from painting and went into private security work.  As was his way, he made friends at every job site.  In 2007 he had to retire due to health issues.  Even after retirement he remained a busy man, helping to raise his grandchildren and later his great grandchildren.  His family loves him dearly as he loved them.

On Tuesday, July 17, 2018 at 3:42p.m.  he passed from this life with his family at his side and his great grandson playing in the room; it was a sad but beautiful moment.  May he forever rest in peace.

Committal service will be held at San Joaquin Valley National Cemetery on Friday, August 24, 2018 at 9:30a.m. with an open house reception at the family home following the burial until 5:00p.m.

Donations can be made on Facebook at the Jack Clifton Memorial Page.