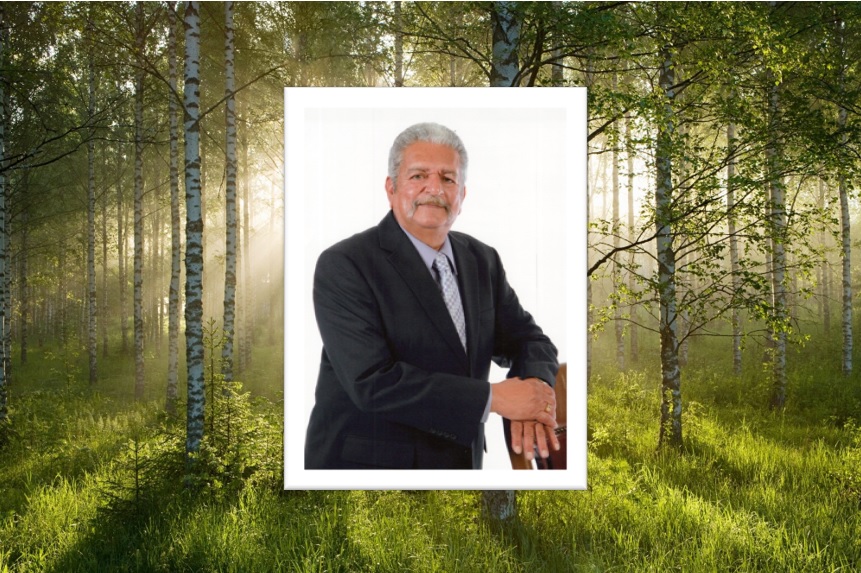 Jim was born in Buenaventura, Colombia to Ernestine and Guillermo Perdomo on
March 20, 1943, and entered into eternal rest on February 24, 2022.  He was proud of his Colombian heritage and even more proud when he became an American citizen.

Jim met Regina on New Year’s Eve, 1970.  They were married in Lake Tahoe on July 10, 1971.  They later had their marriage blessed at Sacred Heart Church in Turlock.  They were gifted with their first child, Jennifer Nichole the following year.  James William came along four years later.  Jim greatly loved and was devoted to his wife, children and grandchildren.

Jim worked in the supermarket industry in the San Francisco Bay Area for 38 years.  After retirement, he enjoyed working in his garden and around the house when not in “Adventure Mode”.  In addition, Jim enjoyed many years of camping with family and friends.  Every trip was a new adventure and a great time for enjoying outdoors and being with those he loved.  He often reminisced about the great trips to Europe, Mexico, South America and the Caribbean.  One very favorite memory was the amazing trip to the Holy Land.

Jim was involved in Journey in Christianity and enjoyed serving on subsequent weekend retreats for several years.  He had an unwavering faith in God, and his faith only grew stronger in his final years of life.  Jim was a member of All Saints Catholic Church in Turlock and appreciated the support generated by that community.

Jim was loved by so many, including his faithful friends Mickey and Snowball, the family dogs.

He is survived by his loving wife, Regina, daughter Jennifer and son Jimmy (Monica) and grandchildren, Branden, Brooke, Alice, Dominic and Aleiah. He is also survived by his siblings, Myrna, Connie, Fred and Rose along with many more family and friends.  He is greatly missed.

A funeral Mass will be held at 1:00pm on Tuesday, August 9, 2022 at All Saints Catholic Church, in Turlock.  Interment will follow at Turlock Memorial Park.