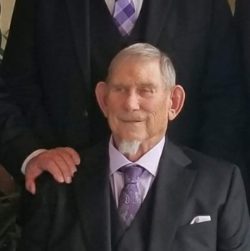 August 1941 – September 2020_x000D_
_x000D_
Jerry Phelps, age 79 of Turlock, passed away on Monday, September 14, 2020 at Emanuel Medical Center. Jerry was born in Turlock and graduated from Turlock High School in 1959. In 2007 he retired from driving a truck after 50 years. Jerry enjoyed working with his hands, including restoring antique farm equipment and making wine barrels, known by people as “Wine Barrels by Jerry”.

Jerry is survived by his sons Frank Kauffman, William Phelps, David Phelps, and Michael James; 11 grandchildren; and 23 great grandchildren. He is also survived by two siblings Joann Brewer and Robert Phelps. Jerry is preceded in death by his wife Patricia Phelps and his sons Tony Kauffman and Steven Phelps.

Memorial contributions can be made to donor’s favorite charity.