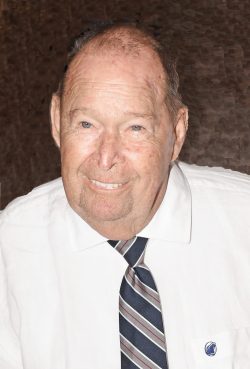 July 1937 ~ August 2019_x000D_
_x000D_
Jesse was born in Eustis, Florida to Jesse and Hazel Hobdy and passed away at the age of 82.  He served in the US Navy for 8 years in active duty and retired from the reserves after 24 years of service in 1988.  Jesse was a lifetime member of both American Legion and Turlock VFW Post 5059.  He attended Delhi Presbyterian Church and was involved with Paralyzed Veterans of America.

Jesse is survived by his wife Crystal Hobdy; children Michael Hobdy, Mark Hobdy, Michelle Funk and Brian Hobdy; brother Ernest Hobdy; nine grandchildren and one great grandchild.  He was preceded in death by his parents and siblings Clarence Hobdy and Roland Hobdy.

Military committal service will be at San Joaquin Valley National Cemetery on Friday, August 30, 2019 at 9:00a.m.