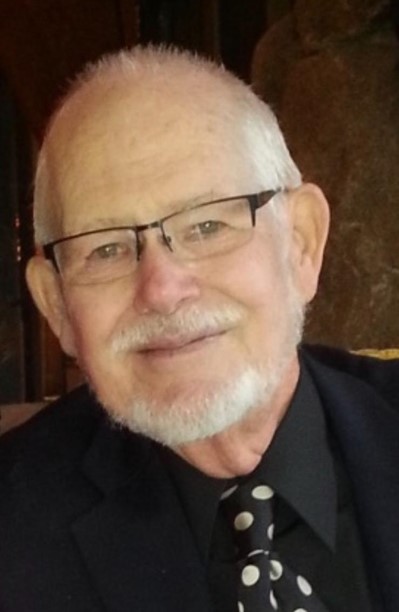 John “Yoo Hoo!” Utne was born in San Francisco to Helge & Agnes Utne. He was a Boy Scout and worked his way up to Eagle Scout. After attending Polytechnic High School, he went on to attend San Francisco City College and Golden Gate University earning a BA in business management. While at San Francisco City College, John enlisted in the Army Reserve. After college, he worked for McCormick & Company and later Gilroy Foods. John obtained his contractor license after moving from the Bay Area, and later started his business Midnight Sun Construction where he was a building inspector on schools and hospitals.

John was always very active. He raced cars and boats, waterskied, participated in many marathons and triathlons in multiple countries. He played golf, tennis and soccer on an adult soccer team. He had a love of dancing and met his wife, Karen, square dancing. He was a Mason, a Shriner, member of the Scottish Rite, Royal Order of Jesters, Order of the Eastern Star, the Oakdale Saddle Club, Sons of Norway, and a Clamper. He walked many parades as a clown with the Shriners.

In lieu of flowers, donations may be made to the Shriners Hospital for Children in memory of John Utne.