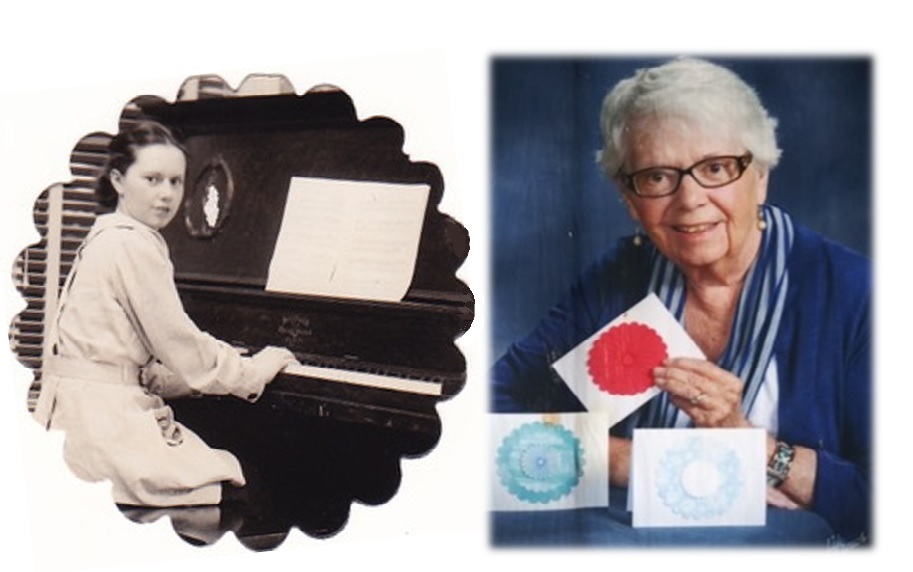 1920-2019_x000D_
_x000D_
Marjorie Watkins’ passions were her family, playing piano, gardening and card-making.  Marjorie is known for her long-time service to others.  She was an active 54 year member of the P.E.O. Sisterhood at her numerous residences in Eugene, OR and Santa Barbara, Solvang, Napa and Hughson, CA.  She and her family hosted two Latin American foreign students with the American Field Service.  In Eugene, OR she was a revered member of the Tea Hens and recognized as Volunteer of the Year for her extensive service with the OASIS senior enrichment program in Eugene, OR.

She lived an active healthy life for 98 years and passed away 8 days after suffering a stroke on February 27, 2019 at the Community Hospice Alexander Cohen Hospice House near her residence at the Samaritan Village retirement community both in Hughson, CA.

Featured on the website of the award-winning documentary, Lives Well Lived, she expressed her secret for living a well-lived life, “You get stale if you aren’t creating!” At age 85, Marjorie discovered her passion for creating Spirelli thread-art cards which have been treasured by all who have them. Her family lauded her piecrust as the flakiest the world over!

Marjorie Jane Brown was born November 17, 1920 in Wheatland, WY where her father S. Wylie Brown was a sheep rancher. Her mother Grace (Messenger) Brown was deaf and raised three children. In the 1930’s, Marjorie earned a college degree in classical piano at Colorado Women’s College in Denver and became a well-respected piano teacher with many students. She taught her two daughters to play the piano. Music has remained an essential aspect of their lives. Marjorie enjoyed a trip to Nova Scotia to reconnect with her roots soon after her husband, Merrill Keith Watkins, died in 1990.

In accordance with her wishes, there will be no services. She will be buried beside her husband in the Willamette National Cemetery in Portland, OR where servicemen/women and their spouses are honored.

Those who wish may donate to Community Hospice in memory of Marjorie Watkins: https://give.hospiceheart.org/give/annual-fund/ or Community Hospice Foundation, 4368 Spyres Way Modesto, CA 95356 or send a donation in her honor to support scholarships for women to: https://donations.peointernational.org/peo-donation-foundation or P.E.O. International, 3700 Grand Avenue, Des Moines, Iowa 50312.