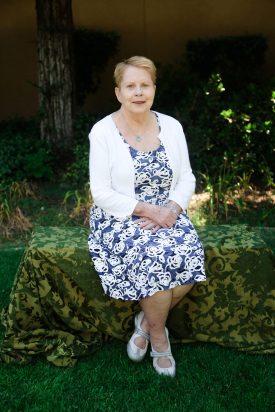 January 15, 1948 – December 14, 2020_x000D_
_x000D_
It is with broken hearts, that we announce the passing of Mary Alice Romero. Mary Alice was the daughter of the late Mary Hazel Young and Quinn Anacia Young. She was raised in Merced, CA and lived in this area until her 30’s. The rest of her life she lived in Turlock, CA.

Mary lived in both Merced and Le Grand throughout her early life. She met her husband and true love at Le Grand High School. She and Tony have been together since 1963, married in June of 1969, recently celebrating their 51st wedding anniversary.  She was a teacher for over 25 years and loved working with children of all ages. Along with teaching, she also supported both her husband and son in all sports they coached.

Mary was student body president at Fresno City College 1967-1968. She graduated from Stanislaus State in 1971 with a BA in Elementary Education. She also received her credential through Stanislaus State. Mary taught her entire career in education in Delhi Unified School District.

Mary was a Catholic who was involved in YLI and Beta Sigma Phi Sorority. She was also involved every Christmas with the Turlock Together Program on Oxford Court. She loved going to the coast with her husband Tony.

Mary Alice is survived by husband Tony, son Daniel Paul, and grandson Angel Fuentes. She is also survived by many family and friends.

It is asked that in lieu of flowers donations be made to St Jude’s Children’s Research Hospital in her honor.