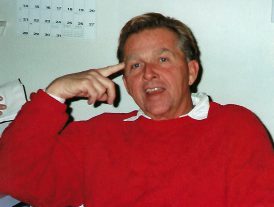 God chose July 25, 2019 for Michael to enter the Kingdom of Heaven. His parents John and Bulah greeted their son with open arms as the pearly gates of Heaven received Michael.

Michael was born and raised in Modesto, CA with his sister Deborah Faye.  Growing up in the country they raised every animal””dogs, cats, rabbits, goats, raccoons and more.  Michael enjoyed 4-H throughout his younger years.

Michael graduated from Grace M. Davis High School and afterwards joined the U.S. Navy.  He served his country on the USS White Plains during the Vietnam War.

Michael had many gifts and talents in life but never realized them.  He was an amazing artist and could paint anything beautifully.  He was a history buff and read everything he could regarding history, loved looking for old bottles, coins and such””they were treasures to him.  He was excellent with stones and gems, antiques, gardening and flowers, and was also musically talented.

He was a security guard for years, but ended up going into construction and painting houses inside and out with ease and perfection until his body couldn’t any longer.

He loved camping in the mountains, and panning or dredging for gold. I’m sure when he saw the Streets of Gold in Heaven he did a little jig on them.

The military will be honoring Michael for his service at San Joaquin Valley National Cemetery on Friday, August 30 at 11:00am.

In lieu of flowers, please consider donations to the Disabled American Veterans at dav.org.