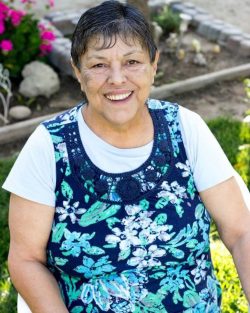 Terry was born in Hollister, CA to William and Geraldine Castro on September 30, 1953.  She went to school at Santa Ana School and San Benito High School.  Terry married the love of her life, Paul Jesse Gonzales, on November 6, 1971.  On October 28, 1972 and December 4, 1974, she welcomed her son and daughter, who were the most important part of her life.

Terry was a devoted wife, mother, grandmother, daughter, sister, aunt, cousin and Godmother. She enjoyed the outdoors and especially loved camping and fishing with her family.  She was a wonderful Nana to her grandchildren and was able to take care of them on a daily basis, up until the time of her passing.