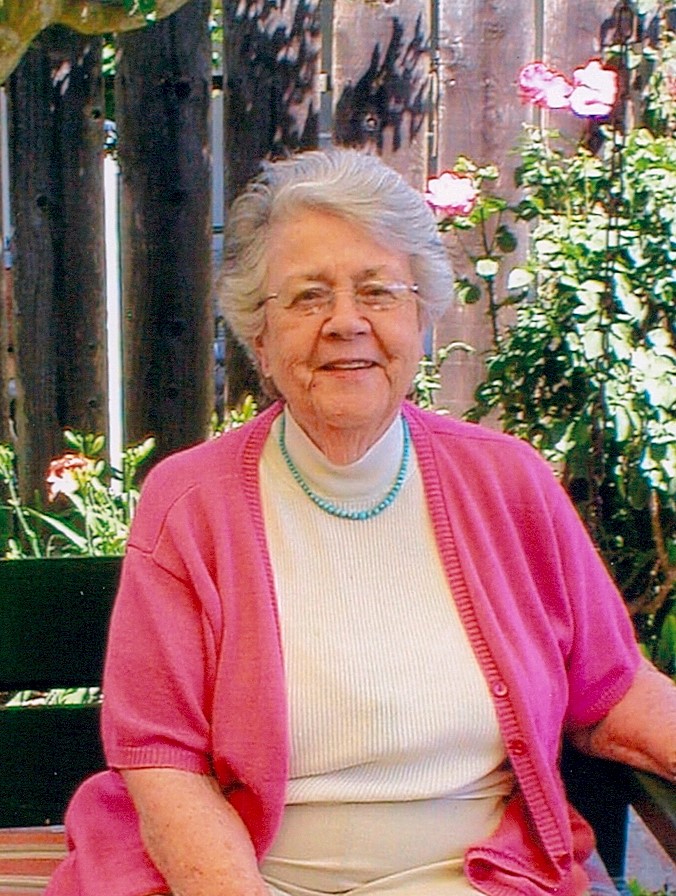 She was born April 21, 1926 to Jesse and Frances Koonce in LaJunta, Colorado. Her father worked for the railroad and brought the family to Southern California in the late 1930’s. Wanda graduated from North Hollywood High School in 1944. Her family relocated to the central valley after the war and she has lived in the Turlock/Modesto area for most of the last sixty years.

Wanda was a fifty-year member of Eastern Star, holding the office of Worthy Matron several times as well as other district and state positions in the order. She was also an active member of the First United Methodist Church in Turlock and in the United Methodist Women.

Wanda greatly enjoyed working at home in her beautiful flower garden. Their home was decorated with her counted cross stitch handwork as well as Native American crafts that she and her late husband, Ted, collected during their travels in the Southwestern states.

In lieu of flowers, remembrances can be made to the First United Methodist Church or United Methodist Women, 1660 Arbor Way, Turlock, CA 95380, or Shriner’s Children Hospital, 2425 Stockton Blvd, Sacramento, CA 95817, or the charity of your choice.

A celebration of Wanda’s life will be held on 12:00 Noon on April 4th at First United Methodist Church, 1660 Arbor Way, Turlock.