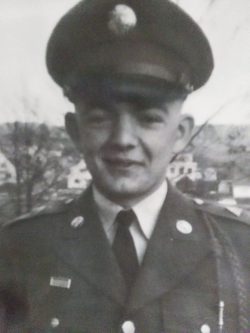 July 1943 ~ February 2019_x000D_
_x000D_
Warren was born in 1943 to Warren and Ada White, and passed away at the age of 75 in Turlock.  He served in the United States Army and National Guard, and was stationed in Germany.  Warren loved playing Bingo and enjoyed taking trips with his friends to Chicken Ranch Casino and Black Oak Casino.  Warren also enjoyed fishing.  He was a “jack of all trades” who worked many jobs over the years in different industries.

Warren was preceded in death by his parents and siblings Jack White and Bonnie Wilkerson.

Memorial contributions can be made in Warren’s memory to Parkinson’s Foundation at https://parkinson.org.