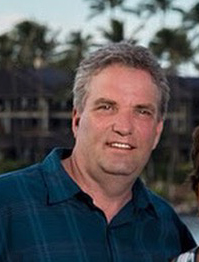 Bill graduated from Turlock High School in 1978 and married the love of his life, Kim Schumann, after 10 years of dating. They had two beautiful daughters (Kayla Schumann – 25 years old and Karly Schumann-22 years old). Bill’s whole world was his 3 “Special K’s”, whom he leaves behind. Bill was the most selfless man and many can attest to this.

Bill was self-employed and managed commercial property, but his favorite job of all was making his wife, Kim, and daughters, Kayla and Karly extremely happy. There was not a thing in the world he wouldn’t do for them. He started each of their cars every single morning (no matter how early it was), made his wife coffee each morning, and did anything in his power to make his daughters’ dreams and aspirations come true. He created a business for his oldest daughter, Kayla, (BODYBEST.FIT, a beautiful gym custom-designed by him, located in Turlock). He was also planning on designing a salon for his youngest daughter, Karly, when she was ready to take on a business.

Bill was very passionate about sports, especially basketball, and would follow local athletes and would be so proud to see them succeed. He volunteered to help anyone with anything they needed, at any time, day or middle of the night. Although his death was sudden and very shocking, he was doing what he loved; pulling an all-nighter (the usual) at his daughter Kayla’s gym trying to make it as perfect as possible.

Bill’s Celebration of Life will take place at 10 a.m. Saturday, January 26, 2019 at Calvary Baptist Church (Monte Vista Ave, Turlock). Please help us celebrate his life and show him the love and honor he deserves. He was truly an amazing man, father, and husband.  Please share your memories at www.AllenMortuary.com.