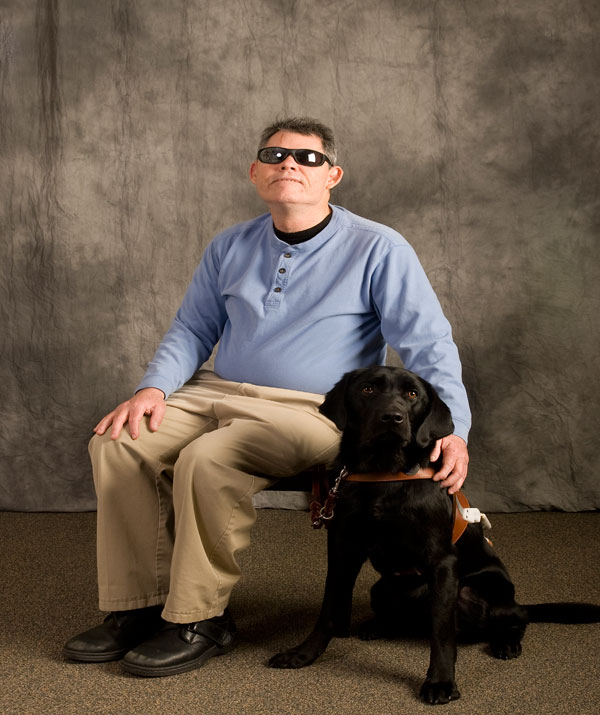 Bill Landis, longtime resident of Turlock, California, passed into the arms of Christ on Sunday, August 07, 2022.

Bill was born October 31, 1956 in Bethesda Maryland to Otis and Donna Landis. Bill’s early life was characterized by struggle and adversity when at the age of 11 he was diagnosed with juvenile diabetes, and as a result in 1979, at the age of 22 Bill completely lost his sight.

Despite overwhelming uncertainty and fear, Bill was able to manifest the courage to begin his life again when in 1980 he regained his independence and mobility with his first Guide Dog, Kyle.  Bill would go on to be the proud partner of eight Guide Dogs spanning a total of 42 years ending a mere two weeks before he passed when he voluntarily retired his last Guide, Keller, to be returned to his puppy raisers, Jim and Kathy Goings; their son Bryan, at that time a sophomore in high school, was the primary raiser.

Bill, who like his father, had an innate intelligence for mechanics and prior to becoming blind had been a diesel mechanic, decided in 1985 that he would continue his automotive expertise and began taking vocational classes to enrich and refamiliarize himself with the world of automobile repair, he enjoyed especially customizing his own Ford Fairlane 500 Ranchero.  Despite a world that has a preoccupation with sight he never lost his ambition to better himself and he was constantly learning new technology to keep pace with everyone else. A staunch advocate for disabled individuals’ rights he never, ever, missed an opportunity to educate his community about the needs and benefits of strengthening accessibility to all people.

Despite the common parlance of his ‘disability’, Bill enjoyed a freedom and peace of mind envied by most. Bill’s strong-willed personality and fierce independence meant that he was never left behind and often had a pace that was rivaled by the best speed walkers. Bill loved Harley Davidson motorcycles, music, attending concerts as much as he could (one of his very close friends, Phil Isley, even took him to the fair a mere month ago), dancing, travelling across the country, he was known for his mischievous humor, positively enjoyed the best and worst of dirty jokes (especially telling them at the most inappropriate times).

The family requests any donations be forwarded to:

Guide Dogs for the Blind

Or electronically you can go to:

donations@guidedogs.com and you can further inform yourself about Guide Dogs at www.guidedogs.com