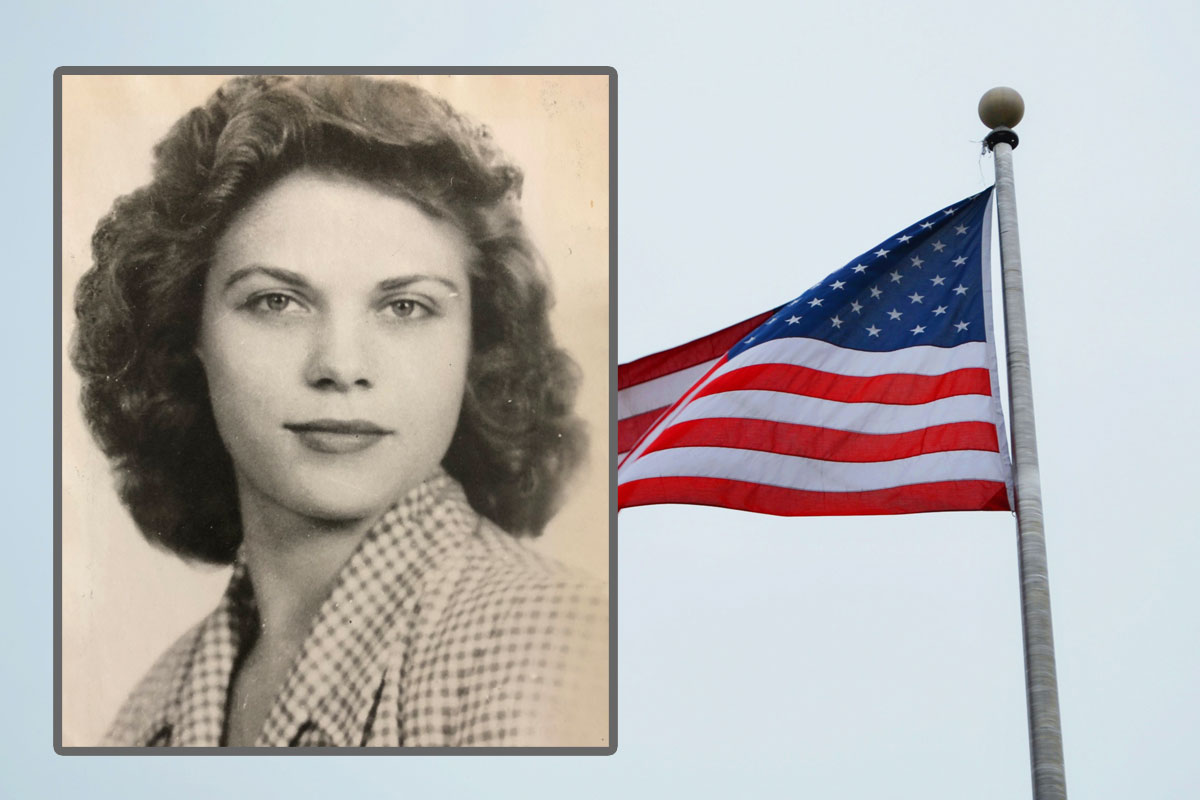 Christine Baker (Carroll) passed away at age 92 on March 31, 2020.
Chris and her family moved to California from Texas in 1937. After graduating from Livingston High School in 1946, she attended nursing school in San Francisco. She joined the US Air Force in 1959 and spent seven years seeing as many countries as possible while stationed in Turkey and Germany. Upon returning home, Chris started work at Emanuel Hospital in Turlock while raising her twin boys, and finally retired from nursing in 1990. She married Richard Baker in 1996 and also gained a close relationship with his four daughters. She and Richard enjoyed traveling and time with their families until his death in 2014.
Chris was a wonderful, caring person with an excellent sense of humor. She was adored by her family and lovingly called Nana by many. She lived an incredibly full, active life only slowing down over the last year as medical issues began to increase. Chris loved to travel, was an avid seamstress, and a long-time Tom Selleck superfan.
Chris is survived by her sons Marc Hackney (Julie) and Mike Hackney (Chelsae); grandkids Adam, Andrew, Nick, Ashley, Dylan, Garrett, Cory, and Kiefer; great grandkids Jayson, Hailey, Aubree, Caroline, Lane, and Maximus; her brother Ted Carroll, sister-in-law Gail Carroll, and many nieces and nephews.
Memorial service will be held at Allen Mortuary on Saturday, October 9, 2021 at 4:00p.m.
If you would like to post a message to your loved-one's family, please register/login here and post your message below.