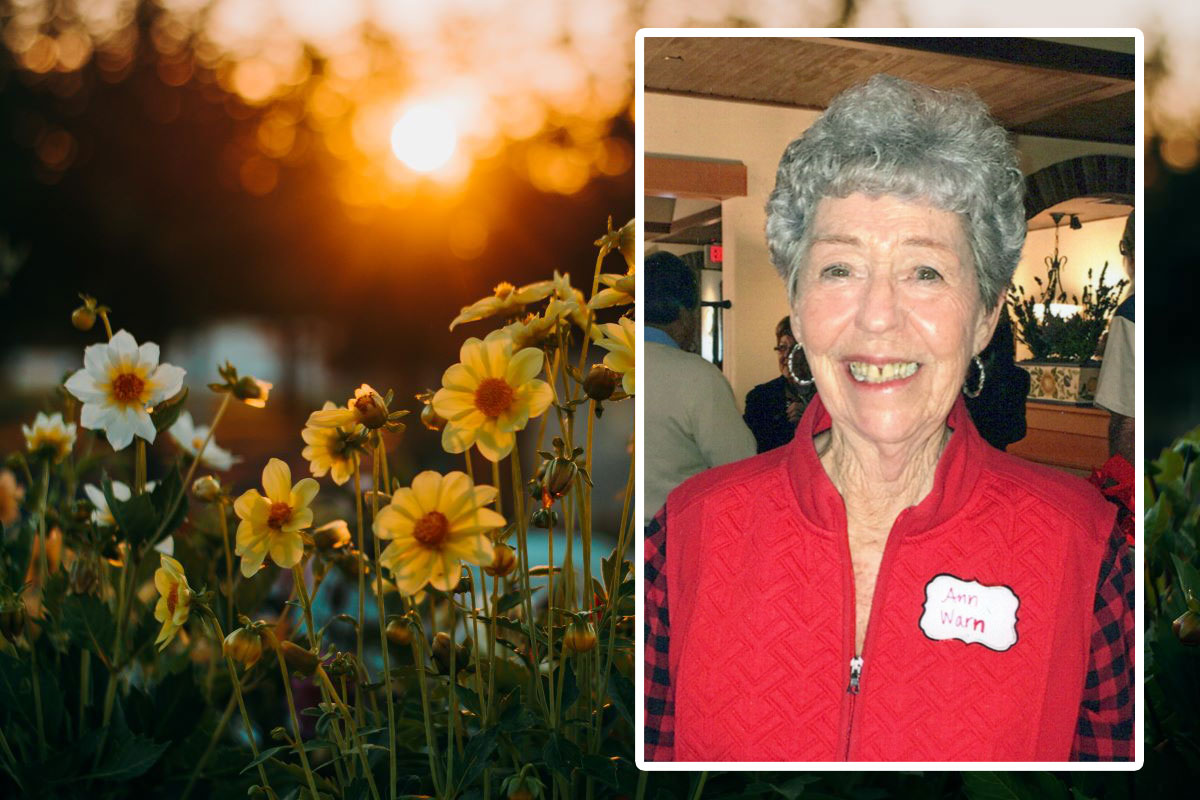 Barbara Ann (Warn) Pennington Was Born March 9th, 1937 in Paso Robles California to Claude and Alma Pennington. She was the youngest of three children. Margarett (Haverstock) and Raymond Pennington

Claude and Alma decided to set roots in Turlock , Ann was from then on a country girl with a love for helping her father and a special love for the animals on the dairy.

Ann attended Monte Vista Grammar School Then she attended Turlock High School where she  met Richard Warn; the love of her life. The two were married after high school, November 5th 1956. This last November 5th would have made it 66 years of marriage

Ann and Richard were blessed with three daughters: Rene (Kennedy), Richelle (Varni), and Renette (Cummings). When the girls were all of school age, Ann worked in retail in a variety of different shops: Corriannes Children’s clothing, Miss Margies, and then Expressions Women’s Clothing.

Ann retired from retail in 1993 and Richard followed suit in 1994. They enjoyed traveling together and have wonderful memories of all the trips they took and camping with family also with the Turlock RV club,

They also became ‘Snowbirds” meaning that they would travel down south where they had a home for 26 years in warm Indio during the Central Valley winters.

While in Indio, they enjoyed golfing and meeting new people. Ann was well known for the “Champagne Hole,” meaning that any player who shot a “hole in one” would receive a bottle of champagne. Ann not only achieved this feat, she did so twice! Once with her grandsons while they were visiting and playing alongside her. Dick and Ann made so many special memories at dinner parties; she enjoyed cooking and entertaining. They soon had many new friends and neighbors while being members of the Rancho Casa Blanco group in Indio, CA. Together, Ann and Dick enjoyed special events and trips with their new neighbors. Ann’s warm smile and welcoming heart will be missed by many.