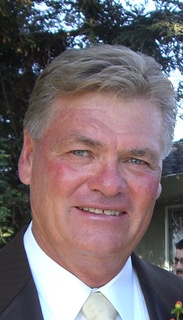 Nov 17, 1947 – Aug 23, 2020_x000D_
_x000D_
Brent passed away peacefully in his home, surrounded by his family.  He was born in Turlock to Carl and Margaret Pearson.  He graduated Hilmar High School in 1965.  He had a passion for so many things including:  snowskiing, snowmobiling, being in the sierras, flying, motorcycle riding, waterskiing, music, backpacking, traveling the world, and just spending time at home on his ranch.

Building pools or as he liked to call it “playing in the dirt” was his life’s work.  Brent got his start in the pool industry with his Uncle Ken at Ken Nelson Aquatech Pools in his teenage years.  In 1994 he started his own business, Pearson Pool Company.  He grew his business with hard work and an unstoppable determination.  He was a man of his word and believed a handshake was as good or better than a contract.  He loved what he did and you could see it in his finished projects.

He had an undeniable love for life and everyone around him.  When he walked into a room he commanded it with his lively personality and entertaining stories.  One couldn’t help but be drawn in and expect nothing but laughter to follow.

A private service will be held September 12th.   A Celebration of Life for family and friends will follow at 4:00p.m. at Brent’s residence.

In lieu of flowers, donations can be made to CurePSP at www.psp.org.