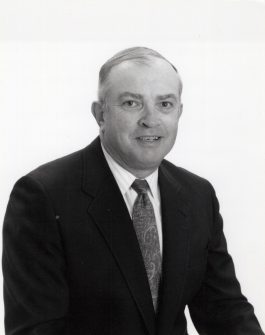 Born in Everett, Washington to adoring parents Domenica and Harry Jenkin in 1939, Craig spent most of his young life in Tolleson, Arizona with summers spent in Pinetop, Arizona.  In 1955, he met Peggy Stanton and they started dating while in high school.  After completing military service (Army), graduating from Arizona State University, and University of Southern California Dental School, they married in 1963.

They moved to Turlock in 1965 where he built a thriving practice at Turlock Dental Arts until his retirement in 2000.  He enjoyed his dental partners, staff, and all the patients who trusted him with their smiles.

Craig believed strongly in community service and leadership.  In addition to being elected to the Turlock Joint Union School District, he was a former president and member of the Turlock Exchange Club, served on the board of the Salvation Army of Turlock, was a member of the American, California, and Stanislaus Dental Society.  He was a member of the Turlock Country Club, Ducks Unlimited, the Japanese American Citizen League, Boy Scouts leader, Turlock Quarterback Club, a founding member of the Math Club (a monthly poker game held amongst dear friends), and a 45 year member of the Triangle Duck Club in Los Banos where he could be found most weekends and Wednesdays during the hunting season with his kids, friends, and many hunting dogs.

His life was a living example of Ephesians 4:32 “And be kind to one another, forgiving one another, just as God also forgave you in Christ.”  He was known to his friends for his extreme generosity and hospitality and all were welcome in our family home.

We have been comforted by the many stories and adventures friends and family shared over the past week as he prepared to say goodbye and we look forward to hearing many more. Most stories involved acts of kindness, friendships, and his love of travel, hunting, golf, and fishing.  He never lost a love of learning and had many interests that included a love of history and politics, financial investments, movies, a collection of Native American Kachinas, and honoring his Italian heritage. He had a positive attitude and a great sense of humor until the very end.

He along with his car and fishing boats were known as “The Godfather” and he enjoyed taking family and friends out water skiing, trout fishing at the local lakes, striped bass fishing in the Sacramento River and the San Luis Reservoir, and the annual summer crabbing and salmon fishing trip to Trinidad, California.  He passed away with his cherished fishing trophy, a mount of a 45 pound striped bass he caught on the Sacramento River, on the wall above his bed. Holding his wife’s hands while Sinatra’s “Fly Me to the Moon” played, he “slipped the surly bonds of earth to touch the face of God.”  Even in death he was an overachiever – well done, Craig.

A sportsman in every sense of the word, he enjoyed playing games and sports and loved watching all three children and later his grandchildren’s sporting events and all activities.

A man dedicated to his family throughout his life, he considered his beloved grandchildren and great-grandchildren “God’s reward for surviving teenagers” and he enjoyed whenever the family gathered together.

Craig leaves behind a family who will treasure their memories of a life well lived and all of it’s adventures.

He is survived by his wife, Peggy Jenkin, after 65 years together, celebrated their 57th wedding anniversary, a few days early, the night before his passing. Also survived by son Keith and his wife Denise (Bakersfield, CA); grandson Kevin (Marlene) and their great-grand children Dane and Aspen (Bakersfield, CA); and grandson Brian (Oxnard, CA); son Barry and his wife Diane (Chowchilla, CA) and grandchildren Spencer (Corey) (Ventura, CA), Riley and Connor (Chowchilla, CA); daughter Jodi and her husband Robert and grandchildren Rachel and Jason (Brea, CA).

A private family mass will be held at Sacred Heart Church on Friday, August 7th at noon.  We ask that friends and family join us in prayer on Friday, in whatever place or way you feel comfortable, and to honor his life by simply being kind to others.

In lieu of flowers, donations can be made to the Salvation Army of Turlock, 893 Lander Avenue, Turlock, CA 95380 or a charity of your choice in his honor.