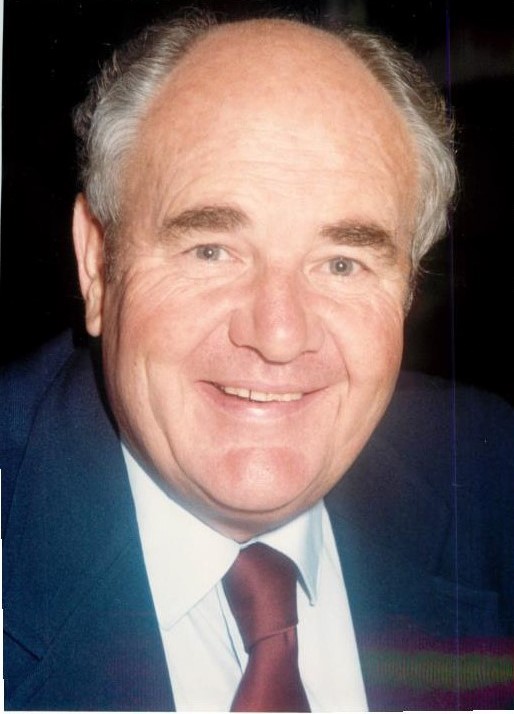 Frank B. Cobb, Jr. was born April 1, 1930, and raised in La Canada/Flintridge, California.  His success as an entrepreneur in the floral business began in his early teens.  He started by making corsages from his parents’ cymbidium collection to sell to his fellow students at proms.  After returning from his military service in the Korean War, he built greenhouses in Santa Barbara propagating and growing prize-winning cymbidium orchids.

Frank graduated from Claremont Men’s College in 1952 while spending four years in ROTC Training.  He entered the Army Military as a 2nd Lieutenant in 1952.  Frank served in active duty in Incheon, Korea of the 24th Division.  He was honorably discharged as a Reserve Commissioned Officer, First Lieutenant in 1954.

In Korea, he learned how important it was to keep positive morale upbeat in his troop.  Frank’s knack for innovation was evident when as a young officer, he noticed 400 villagers walking long distances for water.  He persuaded his soldiers to dig a deep hole and with the help of dynamite, his hunch paid off.  Frank tapped into a fresh water underground stream.  This well is still being used today.

Another “morale-up-lifter” was to be creative with the Commissary food rations.  He took leftovers jams/jellies and mixed into the vanilla ice cream to make his own version of “51 flavors” so the troops could have a variety of ice cream flavors and desserts.  There are many morale-boosting stories that led to Frank receiving the Meritorious Achievement Bronze Star.

Frank never lost his interest in growing flowers after the Army.  He returned to California and built greenhouses on a hillside in Santa Barbara.  There he grew and bred cymbidium orchids and became a prominent and world renown orchid grower.  He took Cobb’s Orchid, Inc. and expanded to an additional company, Cobb’s Santa Barbara Orchid Company which became a wholesale business delivering orchids and other fresh flowers to the local florists in the area.  It was Frank’s inventiveness and willingness to experiment that lead to his success in the floral business.

Working and growing his flower business in Santa Barbara led Frank to meet the love of his life, Shirley, who he married on April 14, 1956.  When Shirley received a chrysanthemum potted plant while she was in the hospital having one of their 5 children, Frank was intrigued by the plant’s long-lasting blooms.  He decided to try growing chrysanthemums starting with 200 pots.  He expanded and built 18 acres of greenhouses in Carpentaria, California.  There the production increased to 20,000+ pots a week and in 1965, Sandyland Nursery Company, Inc. was born.

Splitting his time between each of his locations was a challenge that Frank was up for.  He was known to treat each of his 200+ employees in each location with respect.  He offered Spanish and English classes on each nursery’s premises.  He even took Spanish classes himself so he could greet every employee in their language.  His employees looked forward to the annual BBQ’s in both states and you would always find Frank cooking and conversing with the families of all his employees.

As a family man, he enjoyed his children’s talents, hobbies, and youth organizations.  When his kids became 4-H members, he not only supported their animal projects at the fairs, but he was known for encouraging his friends to become buyers for every child’s animal project in his community.  He would then donate what bought at the fair, as well as cook, at the annual church BBQs.

In 1980 Frank was awarded the California Small Business Person of the Year.  He then went on to compete for the National Small Business Person of the Year.  On May 13, 1981 he was invited by President Ronald Reagan to Washington D.C. to represent California as the 1st runner-up of this National Title.  At the award ceremony in the Presidential Rose Garden, he accepted this prestigious honor from Vice President George H.W. Bush who later would become the 41st President.  Frank’s motto was to graciously welcome competition, work hard, and make things happen.

Wherever Frank went and whatever he did, he always had a positive and caring attitude and thought the best of each person he met while treating everyone with respect.  He taught his children that they could accomplish anything and everything that they put their mind and heart into.

He is survived by his wife Shirley of 64 years of marriage and five children Sherrie (Leo), Pennie (Dave), Kim (Jim), Jeannie (Brian), Burt III (Lori) and grandsons Justin, Tyler (Erin), Nicholas and great granddaughters: Tinley and Kennedy.  He is also survived by his sister Rita Dundee (Vince Jr.) and numerous and much loved nieces and nephews.

Due to the current need for social distancing, Frank’s family regrets that his burial service will be delayed.  His family would like to express their gratitude to all those who shared their friendship and joy with the many cards, letters and phone calls that lifted his spirits.  We especially want to include the nursing and caregivers and wonderful staff of Samaritan Village and the loving care of Community Hospice in Hughson.

In lieu of flowers, please share Frank’s generosity forward by giving a plant or flowers to a friend or neighbor to encourage hope and to share his cheerfulness through this pandemic letting everyone know they matter.  Please support your local high schools and college’s Floriculture Department in honor of: Frank B. Cobb, Jr.