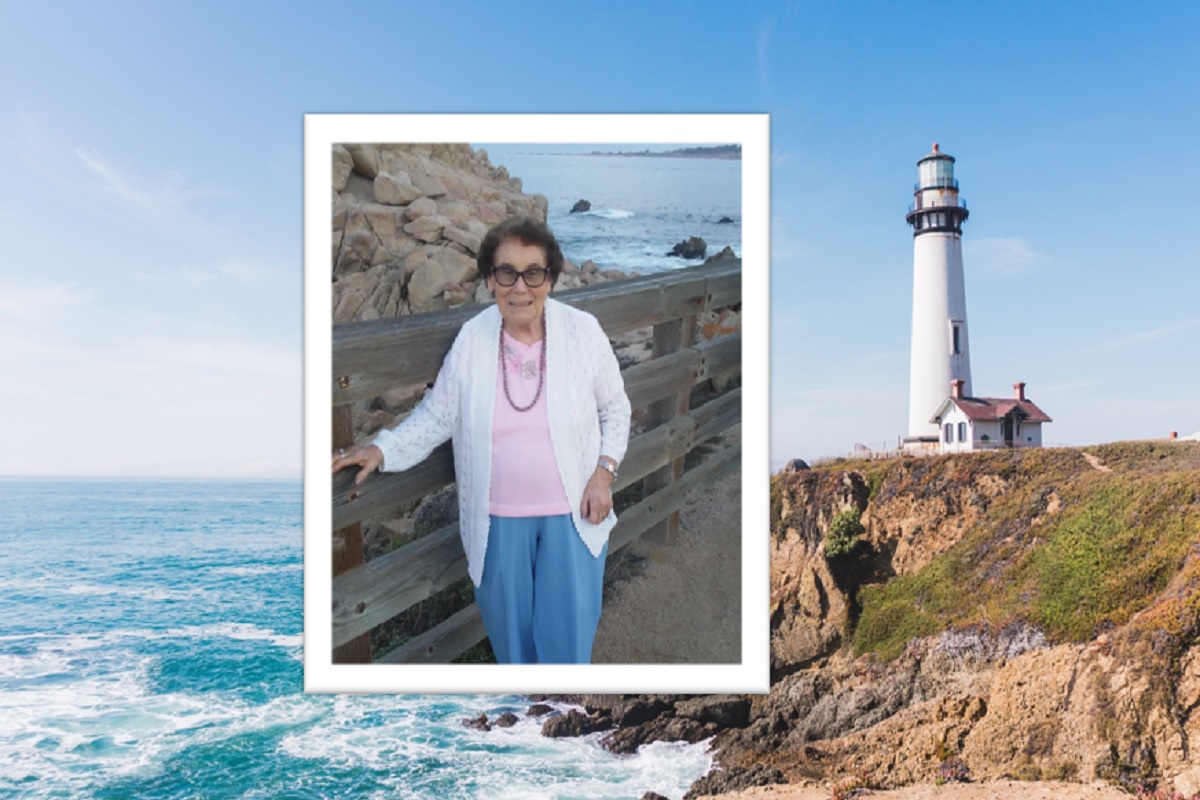 Genevieve Marie D’Angelo Crane was born April 11, 1926 to Lilian and Anthony D’Angelo.  She met her husband, Harold Edward Crane, Jr., while she was working as a secretary at the Empire State Building in New York City.  Harold had enlisted in the Navy the day after he graduated high school in 1942, having been told he had to wait until graduation (Pearl Harbor had happened December 11, 1941).  Harold served on the USS Bright Destroyer Escort ship as an Electrician’s Mate, studying to be an electrician.  On Mother’s Day, 1944, his ship was hit off the coast of Okinawa by a Kamikaze plane the destroyer had winged, which made a huge hole in the engine room, where Harold was.  When he came to, his left arm had been almost completely blown open, there were bodies everywhere, and massive screaming.  The medics worked feverishly to bring him back, and he spent the next 22 months in various hospitals enduring many surgeries to remove the remaining shrapnel imbedded throughout his body.

He eventually went to a hospital, Saint Albans Veterans Medical Center in New York, and had an evening pass to go to the local USO dance.  Genevieve had been volunteering there, and she served Harold some coffee.  Harold asked her to dance, and the rest, is history.

Harold and Genevieve were married on January 19, 1947.  Not being able to pursue his goal of being an electrician any longer with a partially paralyzed left arm, he soon enrolled in college through the G.I. Bill.  He worked fulltime at the Exxon Refinery, where his father and brother worked, and went to school in the evenings.  He eventually graduated with a degree in Business from Rutgers University, and began working for Exxon as a Marketing Representative.  Genevieve gave birth to their son, Harold Edward Crane, III, on February 22, 1948.  He was followed by a daughter, Genevieve Marie Crane (the second) on May 18, 1950.  On June 20, 1954, their daughter, Suzanne Antoinette Crane was born, rounding out their family.  Harold continued to work his way up with promotions with Exxon, and they relocated to Buffalo, New York in the late 1950s, and then to the southern portion of New York State in the 1960s as Harold received greater promotions.

Genevieve worked parttime selling cosmetics, then real estate, and eventually as a secretary for a dental office.  In her later years, Genevieve taught cooking classes in her home, volunteered at Jamestown Discovery Center in Colonial Williamsburg, VA giving historical tours (she loved history!), and volunteered at elementary schools reading to children.  One of her greatest pastimes was reading; if you gave her a good book, she was all set and she read about 8 books a week.

The children grew up and all married; Genevieve had a daughter, Audrey (who later had a son, Tyler).  However, tragedy struck in July 1977, a month after Suzanne married David Whitehead, when Multiple Myeloma cancer had been diagnosed for Harold.  He tried several treatments, even traveling to Sloan Kettering Cancer Center in New York City for experimental treatments.  Nothing seemed to work, sadly, and Harold passed away on August 1, 1978; he was only 51 years old.  Suzanne was 8-months pregnant with Harold’s first grandchild, and the tragedy was deeply felt by everyone.  Justin David Harold Whitehead was born on September 7, 1978.

From that point forward, Genevieve devoted herself to helping raise her grandchildren.  Suzanne eventually went on to have Travis Shawn, born April 11, 1983 (on Genevieve’s birthday!), and she and David adopted their daughter, Taylor Kyoo Ok, from Korea, born August 11, 1986.  Genevieve was there every step of the way, helping to take care of the children when their parents worked.  In November, 1983, Genevieve also adopted Harold Jr.’s son, Edward, born in May 1983 with special needs, and raised him her entire life.

Genevieve devoted herself to her family.  She never wavered, and her biggest contribution, she felt, was to take care of them, do the weekly shopping, cook for them, and feed them with her fantastic Italian cooking.  She moved in with Suzanne and David in 2013, and was a Godsend to the entire family.  On March 29, 2015, Justin and Jaime had Genevieve Rose Whitehead, Genevieve’s namesake.  Genevieve was thrilled to have a great granddaughter!  On July 26, 2016, Jameson David Justin Whitehead was born, giving Genevieve another great grandchild, and she loved them so!  Their visits gave her so much happiness.

On November 6, 2021, Taylor and Dylan Whittington were married, and Genevieve was able to be the Matron of Honor; Taylor found out in May 2022 that she is expecting their baby on December 27, 2022.  Genevieve was so happy for them, and the news gave her great joy.  Genevieve was selfless to a fault, being very much the “Italian Mama” to the very end of her life.  All she ever wanted was to see that her children, grandchildren, and great grandchildren were happy, and she would do anything for them.  She is the Matriarch of our entire family and will be missed more than words could possibly say.   She lived her life fully, with great zest, and enjoyed her family so very much.  We are all so eternally blessed to have had her in our lives.  What a testament to courage and grace, and what a beautiful life she lived!

A memorial service to celebrate Genevieve and her life will be held at 4pm on Wednesday, June 29, 2022 at Allen Mortuary, 247 N. Broadway in Turlock.