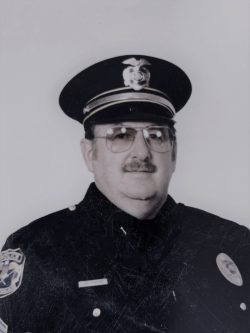 He was an avid outdoorsman and loved to camp, fish and hunt. He enjoyed traveling to the beach and the mountains and often spent vacations at both.  He loved spoiling his grandkids and was lovingly referred to as “Pop” by his family.  You could count on him to have a book in his hand or SF Giants baseball game on TV.

Jim spent nearly 28 years serving the community of Turlock as a Police Officer and he retired as a Sergeant in 1996.  He was a loved husband, father, grandfather and great-grandfather.  He will be missed by all who knew and loved him.

Services will be held at Allen Mortuary on Tuesday, July 23 at 1:00pm.