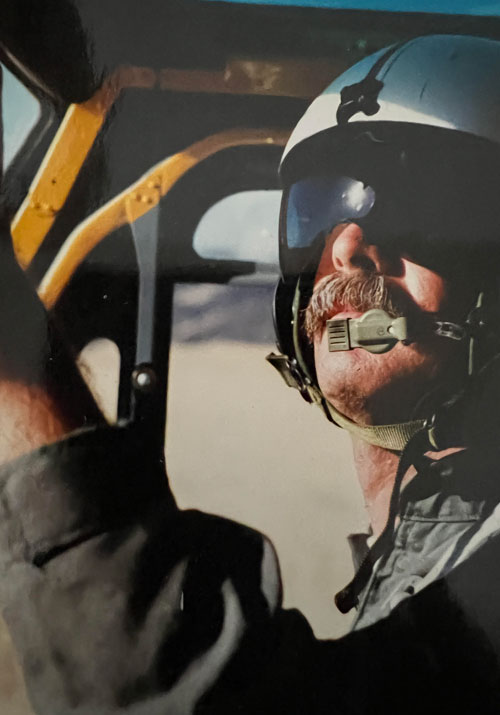 Born July 4, 1946, in Pittsfield, Massachusetts passed on October 29, 2022, at Stanford University with his family at his side.

He was preceded in death by his parents Jack and Theresa Chandler and son Rick Cavanagh.

Jim moved to Santa Maria, California from Stockbridge, Massachusetts when he was 15.  He went to Santa Maria High and Allen Hancock College in Santa Maria.  He enlisted in the Army on December 2, 1967, where he attended Officer Candidate School and flight School.  He was promoted to Captain and flew helicopters in Vietnam.  He received several medals included the Distinguished flying Cross, Bronze Star Medal, National Defense Service Medal, Army Aviator Badge, Vietnam Service Medal and Air Medal with 15 Oak Leaf Clusters awarded for Valor.

His love for flying helicopters was so strong he continued to fly after he left the Army.  He owned a crop-dusting business in Santa Maria, CA.  He also flew offshore to oil rigs and out of country in Iran and Iraq.  Then he was Foster Farms private helicopter pilot for 7 years until he found the job he loved the most, with Cal Fire executing skilled aerial firefighting as a helicopter pilot.

He loved being a husband, dad and papa.  He enjoyed nature, hiking, fishing, hunting and was passionate about surfing and flying.