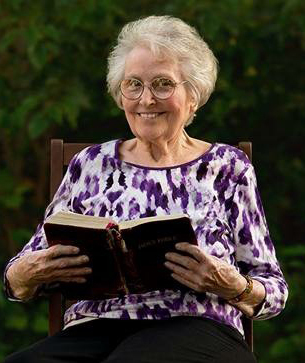 July 1943 ~ August 2018_x000D_
_x000D_
Jeanie Black was born July 16, 1943 in San Saba, Texas to Leonard Cage and Willie Viola Moore.  She spent the first 13 years in San Saba surrounded by friends and extended family before her father moved the family to Odessa, TX.  Jeanie went on to complete high school at Ector High in 1961.  After high school, Jeanie worked for Bell telephone as an operator.  She attended church in Odessa where she met Peggy Ogburn, who told her, you need to meet my brother.  She was introduced to Jack Black in November 1962 and they fell in love quickly and were married April 13, 1963.  A few months later, they decided to move to Modesto, CA, where Jack had family.  She transferred her job with Bell telephone and worked in Modesto and the young couple became involved with the 6th and G church in Modesto.  In 1964, Jack and Jeanie welcomed their first child, Latricia.   In 1968 Ronald Dean was born and Jeanie had now become a stay at home mom.  In 1972 Jack and Jeanie started Quality Plumbing, where Jeanie did the bookkeeping and made deliveries for the family business.  Jack and Jeanie were very involved in their church and were avid bowlers, Jeanie bowled in the women’s and couples leagues. In 1993, Jack’s work took them to Arkansas, then Fletcher, OK.  In 2002, Jack passed away and in 2003 Jeanie moved to Escalon, CA to live with her daughter and family.

Jeanie was a wonderful cook. If you went to Jack and Jeanie’s house, you would always find yourself being fed.  It didn’t matter how many showed up, there was always room at the table, enough to eat, good conversation, and yes, always plenty of laughter.  They hosted numerous BBQs and potlucks as well as hosting the Modesto Christian High football team on Monday nights for spaghetti dinnerd and watching game films.  Jeanie loved to serve others. It gave her great joy.

Jeanie had a wonderful sense of humor and her laugh was infectious.  Her grandchildren would purposely try and find movies so they could hear her laugh.  Her favorites were Secondhand Lions, Dennis the Menace, and Dumb and Dumber.  The whole room would be laughing when Jeanie laughed.

Jeanie was a servant for the Lord and read her Bible daily.  She lived her life for the Lord.  She was a prayer warrior.  Anytime anyone asked for prayer, she was praying.   Many times she was already praying for someone before they even asked because she had that kind of relationship with the Lord, where she would be woken from sleep with their name on her mind and would immediately start praying.  She prayed without ceasing.

We would like to thank her church family at Richland Faith Assembly of God in Ceres, for their undying love and support for the past 33 years. They have been there for her, loved, prayed and supported her diligently all these years.