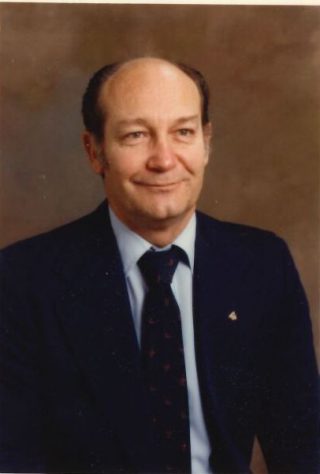 Larry worked for Western Electric and retired from Pacific Bell Telephone Company after 30 years of service.  He was active in Boy Scout Troop #13.  He served as President of the Telephone Company Pioneers of America Yosemite Chapter as well as John I. Sabin Chapter.  He volunteered for many years at the Salvation Army distributing food.  He served as Deacon Moderator, Elder on Session in charge of Building and Grounds for Trinity United Presbyterian Church.  He became a Mason in 1961 in Stanislaus Lodge #206, he was a Past Master, Inland Past Master and member of Smyrna Lodge #532 in Ceres, CA. He served as Rainbow Dad and was holder of the Cross of Honor for DeMolay.  He served two terms as President of the Central Valley Scottish Rite Club.  He was a 32nd Degree Mason and received the Hiram Award for Service, the highest award given in all Masonry.  Larry served on the Board of Directors for Telpaco Credit Union for 25 years, and the Board of Directors for “MACHCO” representing Ralston Tower and Marple Manor retirement homes.  He also represented Veterans on the Stanislaus Board of Supervisors and Stanislaus County Department of Aging.

Memorial contributions can be made to Shriners Children’s Hospital, Stanislaus Veterans Foundation, Community Hospice or charity of your choice.