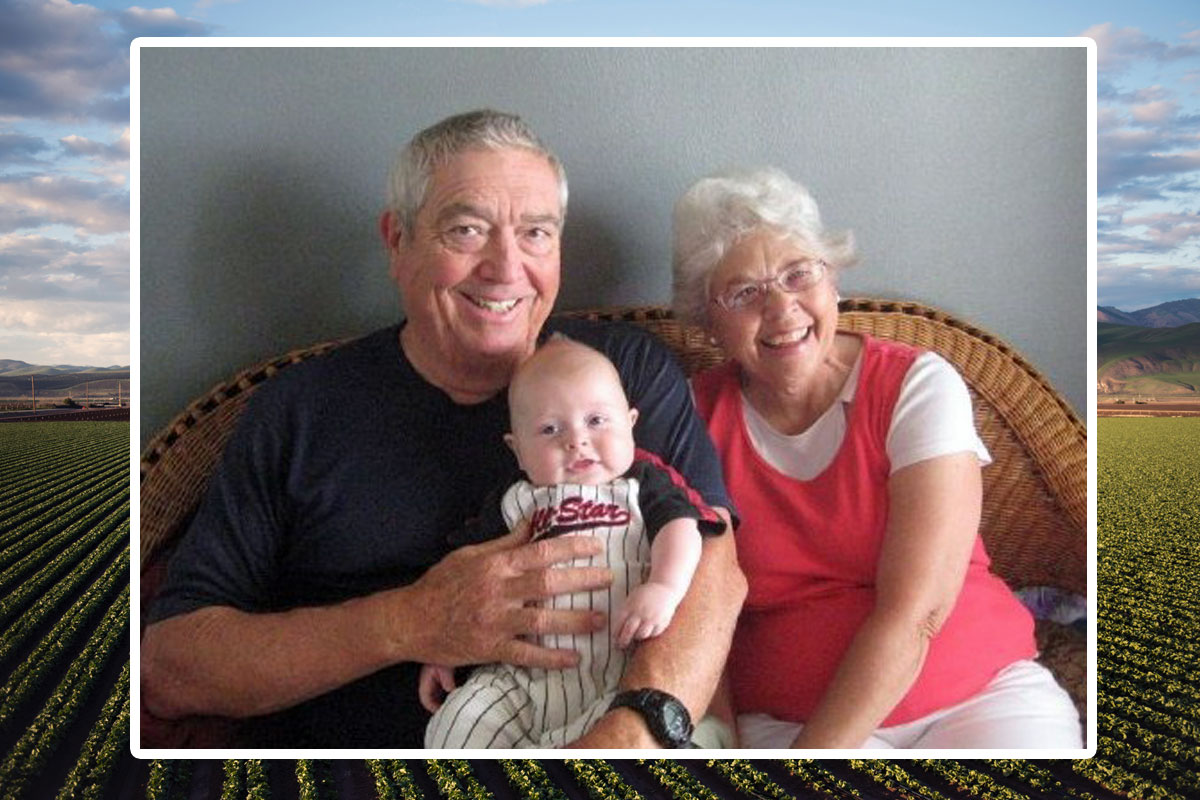 On November 7th, 2021, Leonard Dale Sweeten departed quietly on his last road trip, leaving behind family and friends with sad hearts filled with warm memories of him.  A beloved husband, father, grandpapa, brother, uncle, and friend, he was born on September 1st 1941 in Tulsa, Oklahoma, soon thereafter accompanying his family to California where he spent most of his life in the Denair and Turlock area.

Leonard attended Denair schools from 1st grade in 1947 through High School, graduating in 1959.  In high school he excelled at sports.  Blessed with a six-two frame and 200 pounds of muscle, mostly gained from doing farm chores, he was a tackle on the football team and started on the one that went undefeated in his sophomore season.  The Denair Lion’s Club named him outstanding lineman for his junior and senior years, and he was proud of the trophies it presented to him.  Denair H.S.’s fifty-year all-star football team included him as an offensive tackle.  Leonard also played on the basketball team as center and the baseball team as third baseman.  In his sophomore year, he hit an inside-the-park homerun that is still talked about by his younger brother, who observed it.  Leonard loved sports throughout his life.

During his formative years, farm work dominated and defined Leonard’s world.  His parents owned twenty acres about a mile south of Denair, half the farm planted in walnuts and half in pasture for a small herd of dairy cows.  As a young boy, he learned how to drive a tractor, which started a fascination with (and knack for steering) anything with wheels.  Knocking walnuts off trees and picking them up was seasonal, but helping his family care for cows, and the discipline of being in the barn twice a day to milk them, was a year-long commitment.  He joked to his grandkids that standing beside cows, and especially behind them, led him to dream of other opportunities.  His mother encouraged him and set an example by going to night school to earn her GED and A.A. degree at Modesto Junior College.  From 1959 to 1961, Leonard attended classes at M.J.C.

In the summer of 1960, he participated in the Modesto Junior Chamber of Commerce’s Safe Driving Contest.  His natural hand-eye coordination and hours controlling a tractor gave him the ability as well as confidence to navigate a difficult obstacle course and emerge the winner.  His prize was a two-seater 1952 MG convertible sports car.  He never forgot “the look of surprise and pride” his mother had in seeing him victoriously return home with it.  Their first ride together took them to all the teenage gathering places “to show off the car and his mother.”  Leonard never tired of sharing this moment.

The next stop was Fresno State University.  Knowing a lack of funds might necessitate a Plan B, he took two examinations:  one was for Navy flight school (possibly another machine to drive) and one was for the newly established Peace Corps, a John Kennedy idea to get America’s talented young people to volunteer for two years of service helping the poor in developing countries.  After one semester at Fresno State, he took a spot offered him by the Peace Corps with the first group for El Salvador.  Leonard’s new associates were all in their mid-twenties or early thirties and already had college and graduate degrees, which made him at 20 the youngest and the least formally educated.  Leonard observed that “the Peace Corps proved to be a defining experience in his life.”  The high quality of those he met inspired him to make the best use of his talents and any opportunities that might come his way.  He thus emphasized higher education and saw it open doors for him.  He stayed in contact with his Peace Corps friends all his life and returned to El Salvador with some of them in 2011 for a fifty-year reunion.

The Peace Corps also changed his life in another, very personal way.  He met Sara when she arrived in September 1963 as a member of his replacement group.  They quickly fell in love and he proposed marriage.  They returned from El Salvador via bus, the leg from Mexico City to Turlock an endurance test.  Leonard said, “we figured if we could handle a multi-day trip in the back of a bus, we were compatible.”  That proved true.  They married on 11 January 1964 and have been happily together for fifty-seven years.  Sara, the love of his life, made his life a better, wonderful experience:  she was a “calming influence,” he liked to say.

After graduating from Freson State in 1966, he attended the University of Oregon, receiving his M.B.A. the next year.  Pacific Telephone hired him immediately for a management position.  He and his growing family moved to Menlo Park then Hollister.  It was there that he became active in Rotary.  The club’s “four-way test” (truth, fairness, goodwill, and mutual benefit) mattered to Leonard as an individual and he lived by these principles.  In Turlock, he served one year as local club president and was later made an honorary lifetime member.

In 1986, he moved back to Turlock and joined his mother’s real estate business.  A year later, he built a house on his natal family’s homeplace””now minus the walnuts and cows.  It looked like he had come full circle except he had contracted wanderlust and wanted to drive a motorhome to explore America.  When Sara retired from teaching, they embarked on several cross-country journeys.  They spent 2002-2012 in a forty-foot RV dream machine-home, towing behind it a Toyota pickup truck loaded with a Honda Goldwing motorcycle.  He and Sara went to every state as they sought out their scattered family.  They even flew several times to Australia, the first time in 1992 representing the Turlock Rotary Club, subsequently to visit their daughter Jennifer.

The nomadic lifestyle eventually ended, and they returned to Denair and, finally, back to the homeplace, a portion now occupied by son Michael, who welcomed his parents to live nearby.  Leonard enjoyed these “green acres” and an occasion view of Half Dome on the distant horizon””it fondly reminded him of trips there and elsewhere.

He is predeceased by his father, Berla; his mother Jamimah; his brother, Ralph; and his sister, Joyce (Robert) Redmon.  He is survived by his wife, Sara (Warren); son Richard (Angela) of Colorado Springs; son Michael (Kirsten) of Denair; son Jonathan (Tara) of Chesapeake, VA; daughter Jennifer (Andrew) Leach of Perth, Australia; and younger brother Alan (Carol) of Turlock.  His much-adored grandchildren are:  Kayla, Andrew, Sara, David, Jenna, Amanda, Ava, Julianne, Tyler, Katherine, Alexander, and Jacob.  The last two are identical twins that he initially labeled in Spanish as “once” and “doce.”  Number eleven’s middle name is Leonard, a wish come true for papa.

Leonard was a smart, humorous, honest, moral man who loved his wife, children, grandchildren, and brother more than words can convey.  All of us learned much about life and how to lead it from him.  We dearly miss his presence and will forever treasure our respective relationships with him.  Towards the end, Leonard said “wish me a good trip.”  Indeed, travel safely bro””see you at a rest stop up ahead.