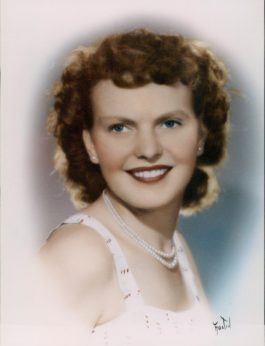 October 1932 – July 2020_x000D_
_x000D_
Nancy Lee Yotsuya passed away July 2nd in Modesto.  She was 87 years old.  Nancy began life in Glendale, CA on October 25, 1932, being both to parents Frank and Juanita Palmer.  They soon moved to Turlock where Nancy attended local grammar schools and Turlock High School.  While in high school, Nancy began her career at Conways as a car-hop and waiting tables.  Soon after high school Nancy married Bob Falkenberg and together they had three sons, Rick, David and John.  Nancy drove a school bus for Chatom Unified School and later worked as a bookkeeper for the Chemergic Chemical Co.

In 1966, Nancy and Bob went their separate ways.  In 1967 Nancy went to work for Cortez Growers Association where she met Terry Yotsuya. Nancy and Terry married in 1968. Together they had two sons, Paul and Greg.

In 1970 Nancy began working for Rainbow Farms in the accounting department.  She made her last career move in 1973 when she went to work for The Modesto Bee, and after 23 year of service she retired.

Nancy and Terry were avid sports fans who faithfully followed the San Francisco 49ers.  They also enjoyed watching their sons participate in their various high school sports.  Nancy also became an avid NASCAR fan.  Together Nancy and Terry enjoyed bowling, square dancing, traveling in their Airstream and being active members of the Denair Lions Club.

Nancy was an active volunteer in the STARS program for many years.  She also enjoyed playing cards once a week with her friends.

In 2016 after 48 years of marriage, Terry passed away and Nancy moved in with her youngest son Greg and his family, where she was always welcome.

In lieu of flowers, please send remembrances to The American Cancer Society.