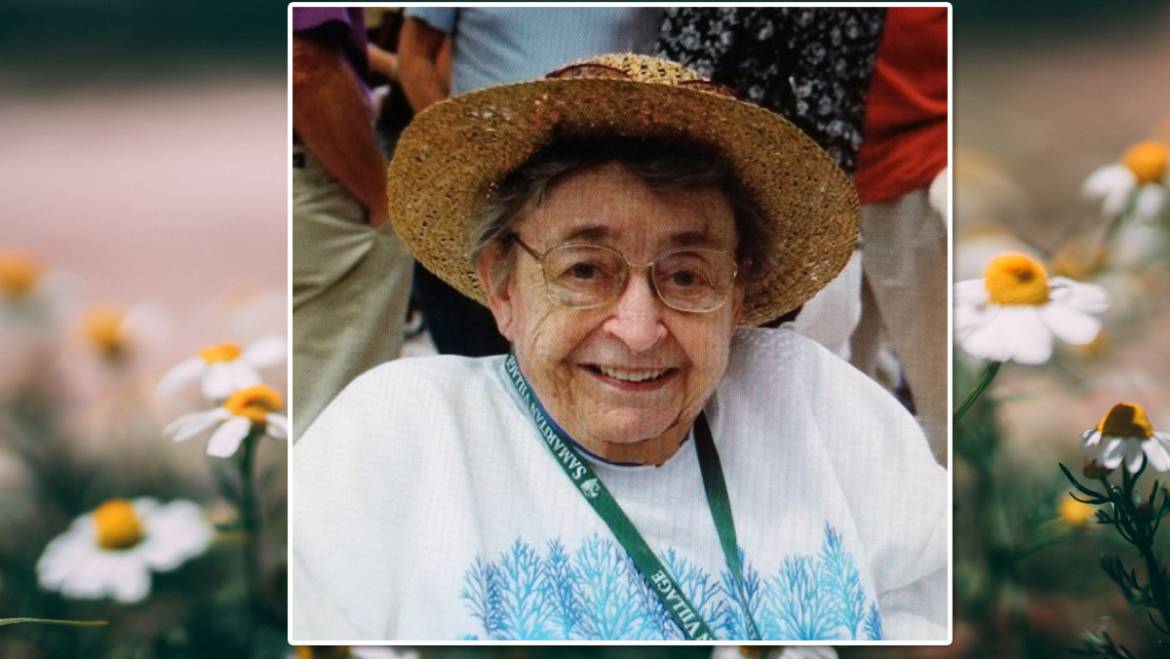 Another book closed Monday, July 25th 2022, with the passing of our dear friend Professor Lola V. Johnson. She will be dearly missed.

Lola Johnson was born at the Presidio Army Hospital in San Francisco on April 28, 1930, but soon moved to Grass Valley, California where she was raised and went to school. While in high school she was in the Ski Club and loved the downhill races so much she wanted to train for the Olympics! After high school she went to college at the University of the Pacific in Stockton where she received her Registered Nurse degree. She had planned to work at a hospital in OB/GYN where she could attend deliveries and be in the nursery with the newborns and their mothers.  At this same time however, the United States had joined the War in Korea and had a need for nurses, so Lola felt she should join in the cause.

Lola Johnson joined the US Army and was sent to Korea as a Mobile Army Surgical Hospital nurse.  She was in the M.A.S.H. unit near the front lines and patched up the wounded as best they could, then sent them on for more medical help or back to the front, much like the television show M.A.S.H., but not as glamorous!  The television show had their set shipped to the Smithsonian Museum in Washington, D.C. for display and with it were pictures of real M.A.S.H. units, including one of Lola Johnson and her tent mates!

Korea changed Lola’s life in a whole new direction.  She got word that her fiancé had been killed in service shortly after his arrival in Korea, and months later, Lola came down with a mystery disease that was not isolated and named (Korean Hemorrhagic Fever) until 1978!  Lola was in serious condition so she was airlifted to a U.S. Army hospital in Japan where she stayed for weeks, until she could safely be brought home.  While in the hospital she met a nurse who would bring reading material to her.  This unknown nurse loved the classics and shared them with Lola.  Lola read everything that her new friend brought to her. Because Lola’s body had been so affected by this virus, she knew she could no longer be a nurse and decided she wanted to teach literature.  She returned home, and soon was back at University of the Pacific getting an English degree and her teaching credentials.

Lola’s first teaching job was in the newly established Stanislaus State College, at the Turlock Fairgrounds in 1960.  She only planned on staying a year at this site as the competition with the Turkeys awaiting the Fair, were not her idea of the perfect job! She stayed at the college, now the California State University, Stanislaus, in new classrooms and offices and watched it grow into a beautiful new campus. She became the chair of the English Department and enjoyed her students and participating in student/faculty events.

She was referred to a secretary at the school, Ruth E. Petit, who was looking for a roommate and Lola soon rented a room from her in 1961 and they became best friends.  They lived in Turlock on California Avenue until they moved to the Samaritan Village in Hughson about 20 years ago.  Their former neighbor in Turlock, Ken A. Moore and his wife Lisa, have been her (and Ruth Petit’s) caregiver since the move.

Lola was preceded in death by her father Lonnie Johnson and mother Anna L. Douglas Johnson, 2 brothers, Charles and Richard, and 1 sister, Diana. She was also preceded by her roommate Ruth E. Petit.  She leaves behind her longtime caregiver, Ken A. Moore (Lisa) and family as well as friends, former neighbors, PEO members, faculty members and students.   Allen Mortuary will handle a graveyard service at Turlock Memorial Park on Monday August 1st at 10:00.