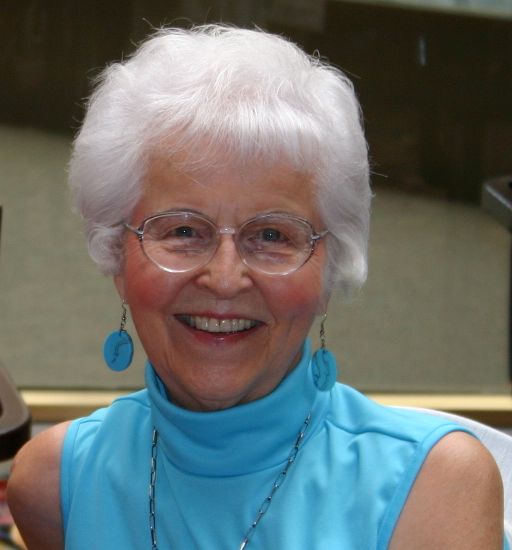 Jan. 1922- June 2018_x000D_
_x000D_
Ruth Evelyn (Canterbury) Gerringer, age 96, passed away surrounded by her children in her home at Bethel Retirement Community in Modesto on Thursday, June 7, 2018. Born in 1922 in a farmhouse in rural Broomfield just north of Denver, Ruth attended the University of Colorado at Boulder and worked as a Harvey Girl before marrying Theodore (Ted) Gerringer on September 5, 1942.  She lived in Rocky Ford, Colorado while Ted was stationed in England in WWII, and following the war they farmed near Rocky Ford.

Ruth and Ted moved from Colorado to the San Diego area in 1954, and relocated to Modesto in 1961 where Ted represented the Texas Refinery Corporation, assisted by Ruth from their home office. Ruth and Ted were very active in a number of volunteer capacities at church throughout the sixties and seventies. They enjoyed square dancing with the Golden Squares and they also traveled to Puerto Rico, Acapulco, Hawaii, and throughout the United States.

After Ted’s death in 1985, Ruth served 23 years with the Memorial Medical Center Volunteer Program (hospital volunteers). Ruth loved to attend dances at the Senior Citizen’s Center (especially partial to polkas), and for years danced to Dixieland Jazz every Wednesday evening at the Barking Dog, and later at the Clarion Inn. Ruth traveled to the East Coast, Canada, and Europe, and was active with the 467th Bomb Group Association. After selling her home at the age of 91, she lived for 4½ years at Standiford Place in Modesto before moving to Bethel Retirement Community for her final year.

A Memorial Service will be held at 1 p.m. on Saturday, July 7, 2018 at Allen Mortuary, 247 N. Broadway, Turlock, CA.  Please share your memories on this website.