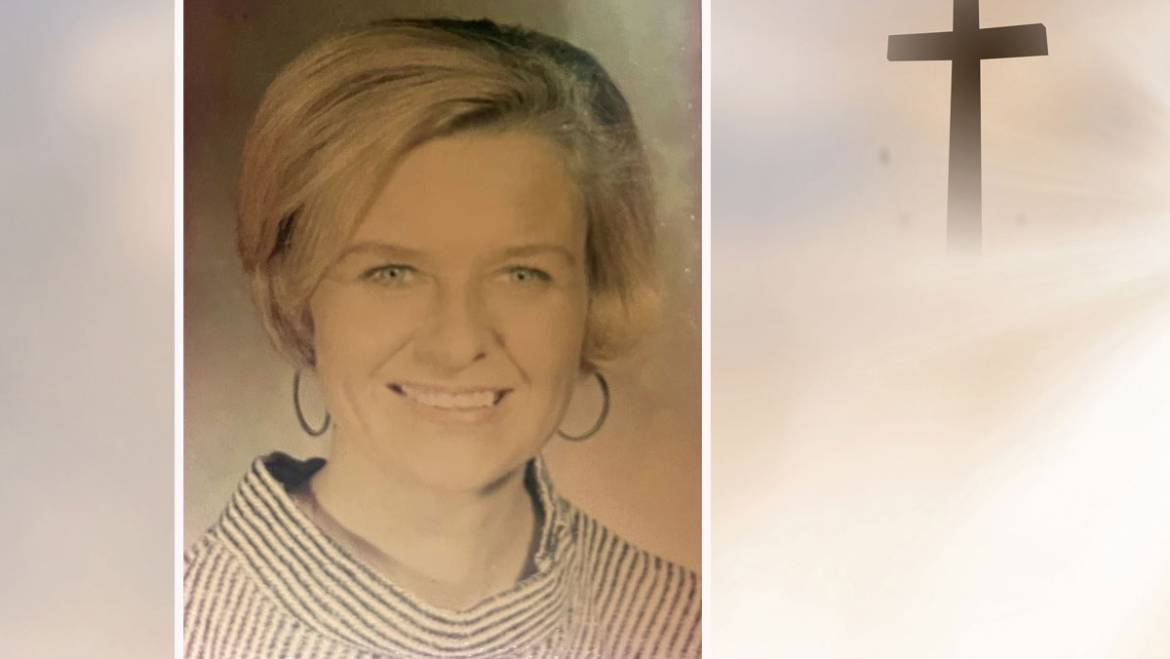 Vera Grace Anderson, 95, passed away with her two sons at her side, to be with her Lord on July 28, 2022.  Vera was born March 22, 1927 in Turlock to Otto and Kerstin Swanson.  She was fond of telling people this was the same year that Babe Ruth hit 60 home runs and Charles Lindbergh flew the Atlantic non-stop from New York to Paris.  She had six older siblings, plus one older brother who died in infancy.  She attended Johnson Joint School through 8th grade, and graduated from Turlock High School on June 6, 1944, which coincided with D-Day, the historic Allied landing on Normandy during World War II.  Vera became a member of Calvary Baptist Church at a young age and sang in the choir, as well as in trios with two of her sisters.  She had a lifelong passion for Yosemite, and on a family trip in 1938, she was surprised to suddenly see President Franklin Roosevelt pass by in an open car.

While attending church camp at Hume Lake, she met a dashing, young man from Oakland named John Lloyd Anderson.  “Jack” and Vera were married on May 29, 1948, whereupon Vera then moved to Oakland.  Jack also had a strong Christian faith and was a gifted singer, using his talent to serve the Lord throughout the Bay Area.  After having one child, Douglas, in 1950, Jack passed away suddenly in 1954 while Vera was pregnant with her second child, Jeffrey.

Vera moved back to Turlock with her two young sons in 1959, where they moved into a new home that she was to occupy for the next 63 years.  Vera was a strong, loving, and devoted mother to her sons and a kind friend to many in the community.  She also loved her extended family and was a warm hostess with a great gift for hospitality.  She worked in Turlock Schools as a secretary for over 24 years.  Vera was a zealous worker who put in long hours and touched the lives of many students, one of whom named her child Grace, in honor of Vera’s middle name.  She was loved by teachers as well for all her work and helpful attitude, and many looked forward to the legendary yearly Christmas spread of delicious baked goods she made that filled the teachers’ lounge.  She still found time to enjoy outside interests, however, and was an avid sports enthusiast, instilling a love for sports in both her sons.  She rooted for the Giants, 49ers, Warriors, and Cal Bears.

Upon retirement in 1992, Vera devoted herself to many worthwhile activities–tutoring students, baking cookies for many different organizations, and helping out in various ways at church.  She was passionate about sharing with others because she was passionate about her Lord and Savior, Jesus Christ.  She will be greatly missed by all who knew and loved her.

Arrangements are entrusted to Allen Mortuary.  A visitation will be at Allen Mortuary on Thursday, August 11 from 5:00 to 7:00p.m.   Burial will be at Turlock Memorial Park on Friday, August 12th at 10:00a.m.  A celebration of life will be held at Calvary Baptist Church on Saturday, August 20, at 11:00 a.m.