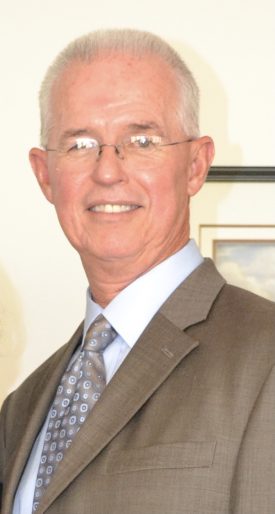 1954 – 2020_x000D_
_x000D_
Alan James Lunbeck, 66, passed away peacefully from this life and into the presence of his Lord and Savior on November 26, 2020.  He spent his last moments surrounded by family making us laugh and assuring us of his love, thinking more of us than himself.  Alan was the youngest of three children born to Bill and Agnus (Mickey) Lunbeck.  Alan was born in 1954 and grew up with brother, Robert Parker and sister, Donna Elder in Pico Rivera where at age 16 he met the love of his life Sally Marie Godinez.  Alan wanting to show off would get Sally’s attention by riding his motorcycle pulling wheelies in front of her classroom in high school.  Shortly after they met they were married in 1973, spending the next 47 years together where God strengthened and deepened their relationship through all the ups and downs of life.  Alan and Sally were often together serving the Lord ministering to family, friends and strangers.  Alan was a proud father to Christopher Alan and Amber Arleen.  He worked hard for 40 years at Southern California Gas Company to provide for his family, starting out in the meter shop and retiring in 2013 as a welder in Transmission.  Throughout the years Alan quietly and steadfastly sacrificed for his family.  Alan learned sacrifice and honor from his father and lived his life as an example to his son.  Alan passed on this legacy to his son teaching him how to treat others even in the small things like opening the door for his mother.

A pivotal point in Alan’s life was when he met Don Gonzales in the Gas Company.  Don was memorizing scripture for his theological classes when God stirred in Alan’s heart.  Alan took this as a challenge to memorize scripture and the verses spoke to Alan and he came to know the Lord.  This time Alan passed down a spiritual legacy to his son as he prayed for his son to come to know the Lord.  Eventually Alan got down on his knees and gave his son up to the Lord and shortly after Chris experienced and accepted Christ in his life.  One of Alan’s favorite verses was Proverbs 3:5,6 this verse Alan put on the lunchbox that he took to work everyday to remind him.

Alan was selfless.  His servant heart was always there then something needed to be done.  He set up everything in the backyard for countless family BBQ’s, was always putting his grandson’s car seat in the car and would always bring an extra chair so that everyone could feel comfortable.  He would drive the extra mile to get everyone their favorite foods on family “fat nights”.  He love to dance and liked a good joke.  He was always up for a donut run no matter how late.  For Alan, God was first and family was a close second.  Alan loved his family.  Everything was centered around family whether it was poker night with Uncle Bob and Aunt Donna, motor-cross, motorcycle riding, golfing or talking for hours about Star Wars with his son.  Alan didn’t treat me like a daughter-in-law he treated me like a daughter.  Alan loved his grandson Dietrich Alan and would spend hours on the floor playing whatever game Dietrich wanted, letting him make up all the rules.  Alan spent many hours fishing with Dietrich and Dietrich loved spending time with his Papa.  Alan would pat Dietrich’s heart and whisper in his ear “Dietrich”¦I love you”¦Dietrich”¦I love you”¦” showing him that he loved him with every beat of his heart.

I believe that Alan has already heard the words “well done my good and faithful servant” by his love for the Lord and the life that he led.  We are thankful for the time that God has given you to us and will miss you throughout the years until we meet again.  We love you Papa so much!!!