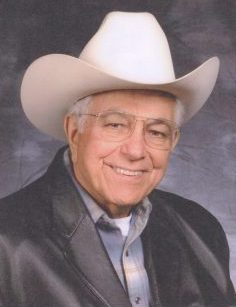 Edward served in the US Air Force from 1949 and was discharged with full honors in 1952. He went back to school under the GI Bill and graduated from the University of Nevada, Reno in 1955. He married JoAnn Hall in 1951. He taught music in the public schools of Douglas County, NV and Bakersfield, CA before settling in Turlock, CA where he taught music, chorus, electronics, speech and science. He retired in 2000.

From the mid-1940’s through his retirement years, Edward played and led “Swing Bands” and orchestras in Reno, Fresno, and the Turlock-Modesto area. In the 1960’s he had a weekly Jazz Show on KHOM-FM. He also like to dance and dabbled in electronics and woodworking.

He is survived by his daughter Lois Tubbs of Shreveport, LA, son and daughter-in-law Edward F. Gomes, Jr. and Sue Gomes of Turlock, CA, his daughter DruAnn Benstead of Sonora, CA, five grandchildren and four great grandchildren. He is preceded in death by his wife JoAnn and his sister Mabel (Gomes) Cress.