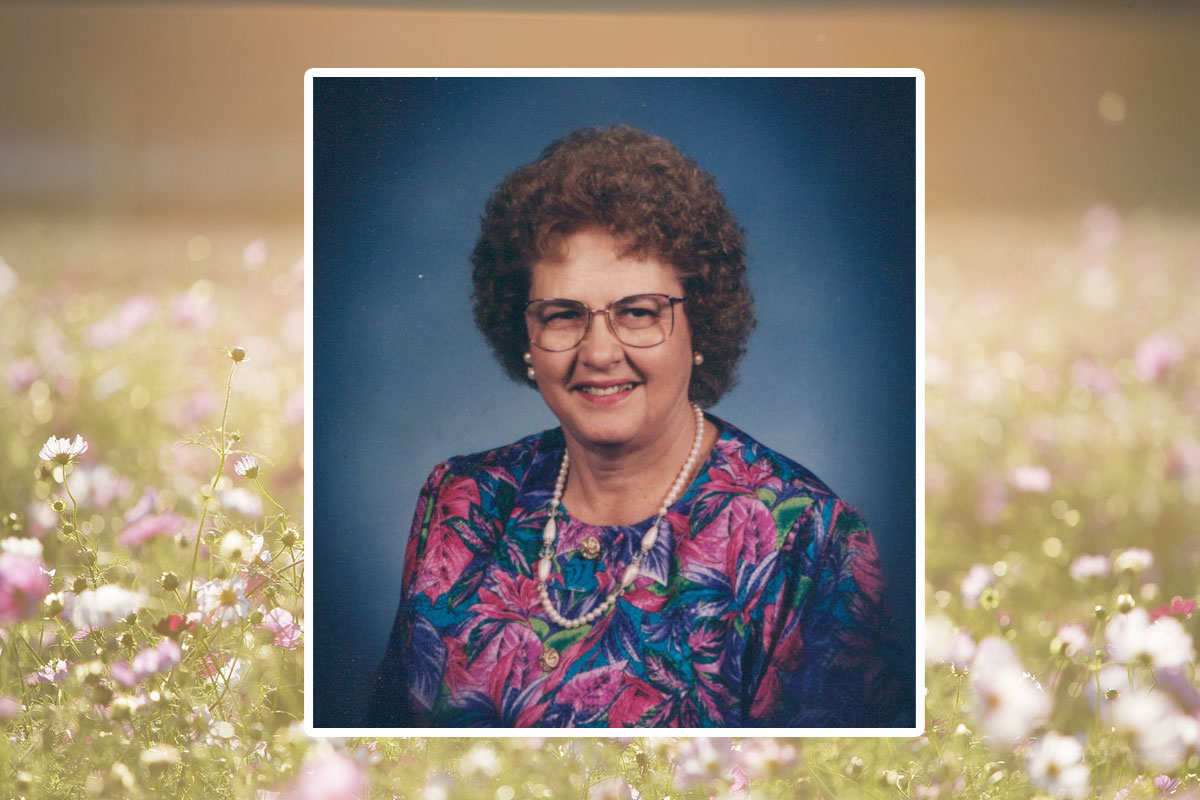 On May 26, 2021, Esther Lundell was surrounded by her family when she went to be with her Heavenly Father.  Esther was born in Chicago, Illinois on September 23, 1928, the second oldest of four children.  Her family moved from Chicago to Modesto in 1947.  She received her masters in music from Bob Jones University in Greenville, South Carolina.  In the summer of 1954 while home on vacation from Bob Jones, she met Melvin Lundell.  They were married March 11, 1961 at Beulah Covenant Church in Turlock.  They had 3 children:  David, Diane and Duane.

Later in life she teamed up with Anita Madsen, her sister in law, and started a variety store in downtown Hughson called Northway Variety.  The Hughson resource center is currently in that location.  They made more friends then they did money which lasted 15 years.

She played the organ at Beulah Covenant Church, First Baptist in Modesto, as well as Monte Vista Chapel for many years.  She had many hobbies which included sewing clothes, embroidery, stitchery and tending to the rose garden on the home ranch.  She also helped dad with the peaches every summer.  When the peaches were ripe she would help sell them roadside on the ranch.  People would come from all over year after year to buy our peaches.

Family dinners were always amazing, having picked up on cooking tips from her mother who was also a great cook and baker.  However, burnt garlic toast was a main staple for dinner many nights because she would have many things cooking at once and forget the broiler was on.  It wasn’t until smoke appeared that she would remember.  It became the joke at dinner to not forget the bread.  We had many laughs at dinnertime!

Our family would like to take this time to publicly thank our wonderful caregivers, Haley Sciarini, Diana Brown, Laura Brown and Amy Cherrey.  They did a phenomenal job taking care of mom’s needs.  They went above and beyond their call of duty.