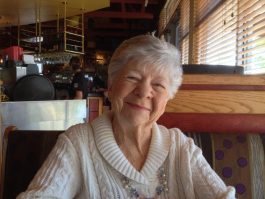 September 1927  ~  July 2020_x000D_
_x000D_
Fay McCaughey, age 92, passed away peacefully at her Patterson residence.  Fay was born in New York and came to the Bay Area when she was 22 years old.  She lived in Patterson, California for the last 8 years and enjoyed drawing and loved spending time with her family and kids.

Fay will have private services and will be laid to rest at Golden Gate National Cemetery in San Bruno, CA.