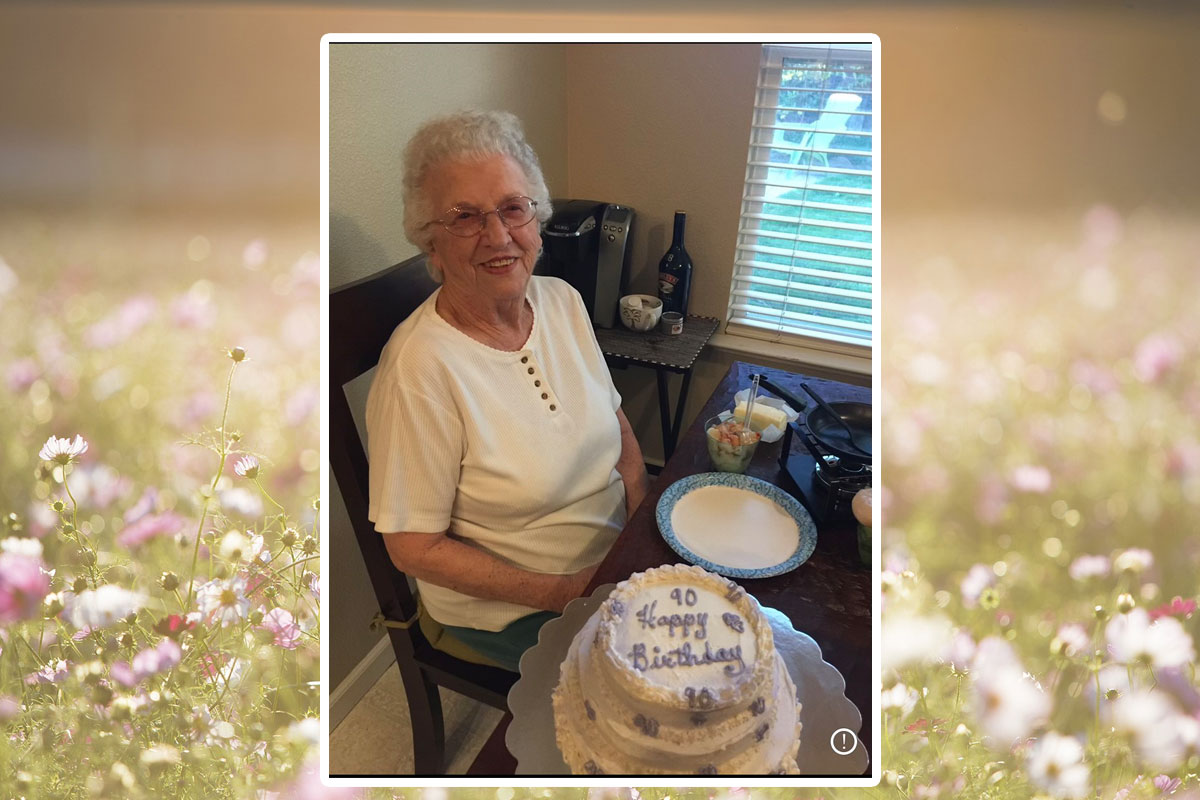 Frances Violet Broedlow (Matranga) was born in Madrone, California, to Daniel and Isabel Matranga and was one of nine children. She lived in Morgan Hill with her family until she married Robert Broedlow in 1947. She and Bob moved to Watsonville, California, where they raised their children. In 1989, they moved to Salida, California to be closer to family. After Bob passed, she went to live in Turlock with her granddaughter, Kim.

Frances loved her family fiercely and would fight any battle for them. She was an amazing cook, often hosting Sunday family dinners using her secret recipes. She was always ready to head to Tahoe or Reno, where she would stay up all night at her favorite slot machine. She cherished every “one last trip” right up until the end. She credited her long life of 95 years with the fact that she was an avid walker, walking several miles every day for most of her life.

She is preceded in death by her parents and siblings, husband Robert Broedlow, daughter Patricia Broedlow, and son James D. Broedlow.

Burial services will be held at the San Joaquin Valley National Cemetery in Santa Nella, California, on Wednesday, November 3, 2021, at 11:00 AM.