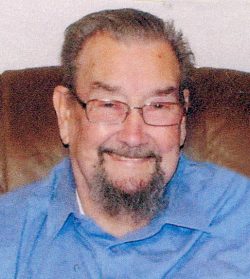 He was born in Keota, OK on April 22, 1941 to Carl and Eunice Reed.  Frank was the oldest of five children.  When he was a small child, the family moved to California and settled in Keyes.  He graduated from Keyes Elementary in 1956 and Turlock High School with the Class of 1960.

While attending a church weiner roast in 1957, he met Nawatha Hutson, never dreaming he would be with her for the rest of his life.  They were married on January 15, 1960.

Frank was a drywall finisher and contractor.  He worked for Sierra-West Drywall of Stockton as a taper and Superintendent for 15 years before getting his license and starting Reed Drywall in 1980.

Frank loved hunting, fishing and camping. You could always find him in the mountains or on the lake.

He was preceded in death by his parents, brother Carl Jr. Reed and sister Carol Michael.  He leaves behind his wife of 60 years, Nawatha, his daughter Sheryl (Scott) Welch of Ceres, his son Michael (Debbie) Reed of Turlock, his sister Buela (Larry Schiller of Jennings, OK, his brother Kenneth Reed of Washington, six grandchildren and 13 great-grandchildren and many “favorite” nieces and nephews.

A private burial will be held in Winton, CA.

In lieu of flowers, please make a donation to Noble Hospice, 605 Standiford Ave., Ste K, Modesto CA 95350 or to the charity of your choice.