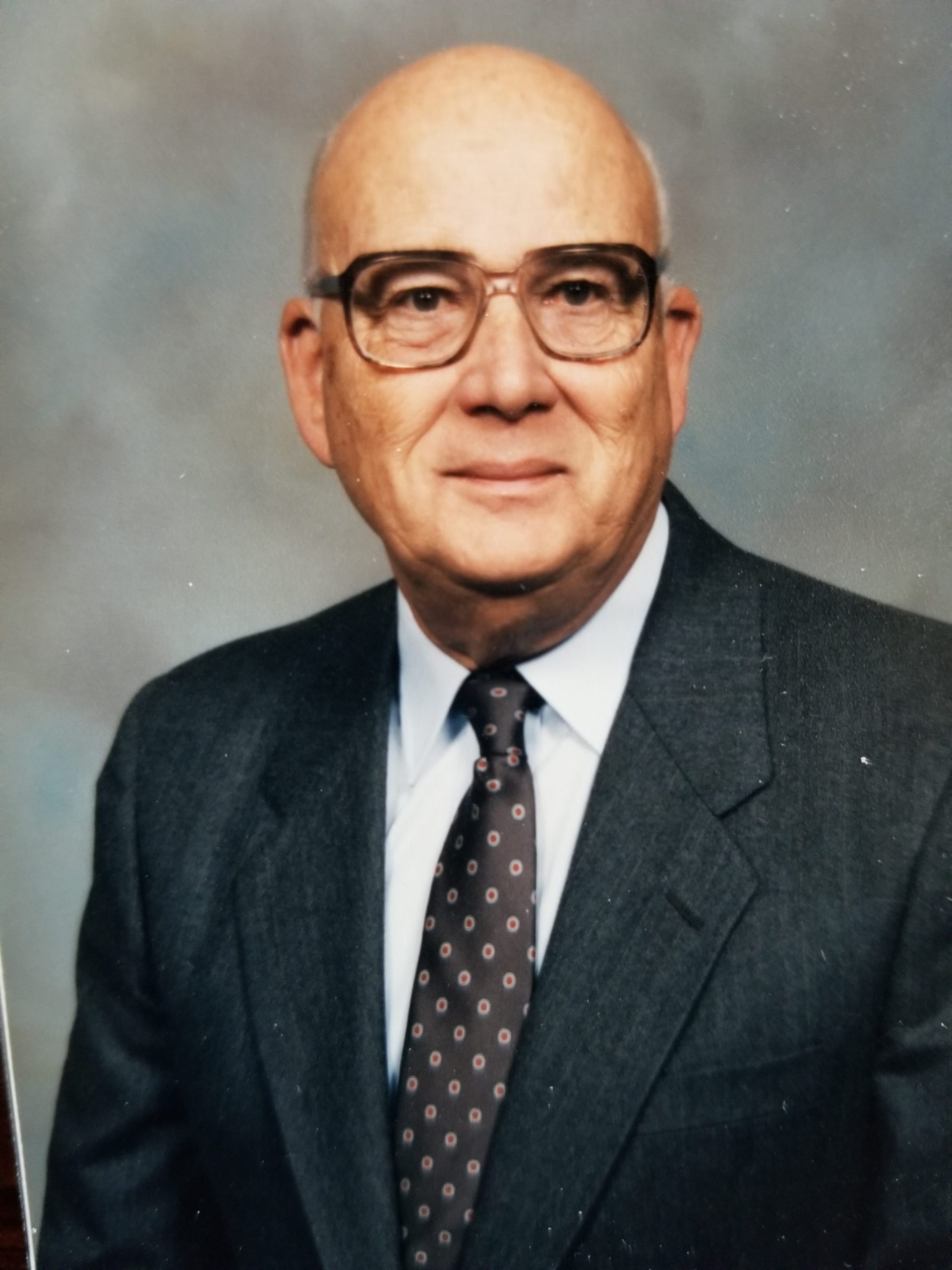 Norman Beidler of Turlock passed away on September 19, 2018 at the age of 93. Norm was born and raised in Bluffton, Ohio to parents Harvey and Minnie Beidler. He entered the Army shortly after graduating high school and served in Patton’s 3rd Army, 249th Corps of Engineers in the European theatre of WWII from 1943-1945. He participated in the Battle of the Bulge which he said was a life-changing event that forever shaped his views about war and peace.  After returning home to Ohio, he briefly attended Bluffton College where he met and married Ruth V. Campbell of Bowling Green Ohio. They moved to Cleveland, Ohio where Norm received his BS in Civil Engineering from Case Western Reserve in 1951. They had two children, Marty (Marsha) and Roger.  With eleven years of civil engineering work experience under his belt, the family moved to California in 1962 where Norman worked as City Engineer in Banning and later in Monterey Park. He and Ruth were divorced in 1967.

In 1970 Norm married Marjorie Cox Kempton and they enjoyed a rich life together. They loved to travel and over the 47 years they were married they visited all 50 states and took memorable trips to sites such as The Great Wall of China, Taj Mahal, Eiffel Tower, Stonehenge, Africa, Sydney Opera House, and the main street of Ephesus where the apostle Paul walked. Norm enjoyed the acquisition into his family of Marjorie’s children, Jackie, John, and Kathleen. Over the years, he happily embraced his role of grandfather to 9 and great-grandfather to 14 children.

In 1979, Norm left the public sector to work as a Contracts Administrator for Granite Construction Company in Watsonville until his retirement in 1990. One of the highlights of his time at Granite was the opportunity to work on the construction of the Helms Creek pumped storage power plant in the Sierra Nevada mountains. He and Marjorie loved to tell stories of their 4 year adventure of living in the Granite company town “on the mountain” where buying groceries meant a serious drive from Tule Meadow to Fresno and they experienced 32 feet of snowfall during the winter of 1982-83.

In addition to travel and spending time with family, Norm was an avid gardener and personally landscaped the yard for every house that he owned throughout the years. He also loved to read World War II history, biographies of interesting people, and kept up on current events. He was a 50+ year member of Kiwanis Service Club and volunteered many hours to church and the communities he lived in.

Norman was proceeded in death by his parents, his sister Ruth Beidler Jones, and his stepson John Kempton. He is survived by his children Marty Beidler (James Blaisdell) of Oak Harbor WA and Roger Beidler of Laughlin NV, along with Marjorie’s children Jackie Zanini (Ron) of Springville CA, and Kathy Churchill of Fort Bragg CA. He is also survived by Cindy Kempton of Fort Bragg, three nephews, a niece, and his grandchildren and great grandchildren.

Services will be held Sunday, October 28 at 1:30PM in Berg Chapel at Covenant Village in Turlock. In lieu of flowers, donations in Norm’s memory may be made to Covenant Village of Turlock Benevolent fund or to the charity of your choice.