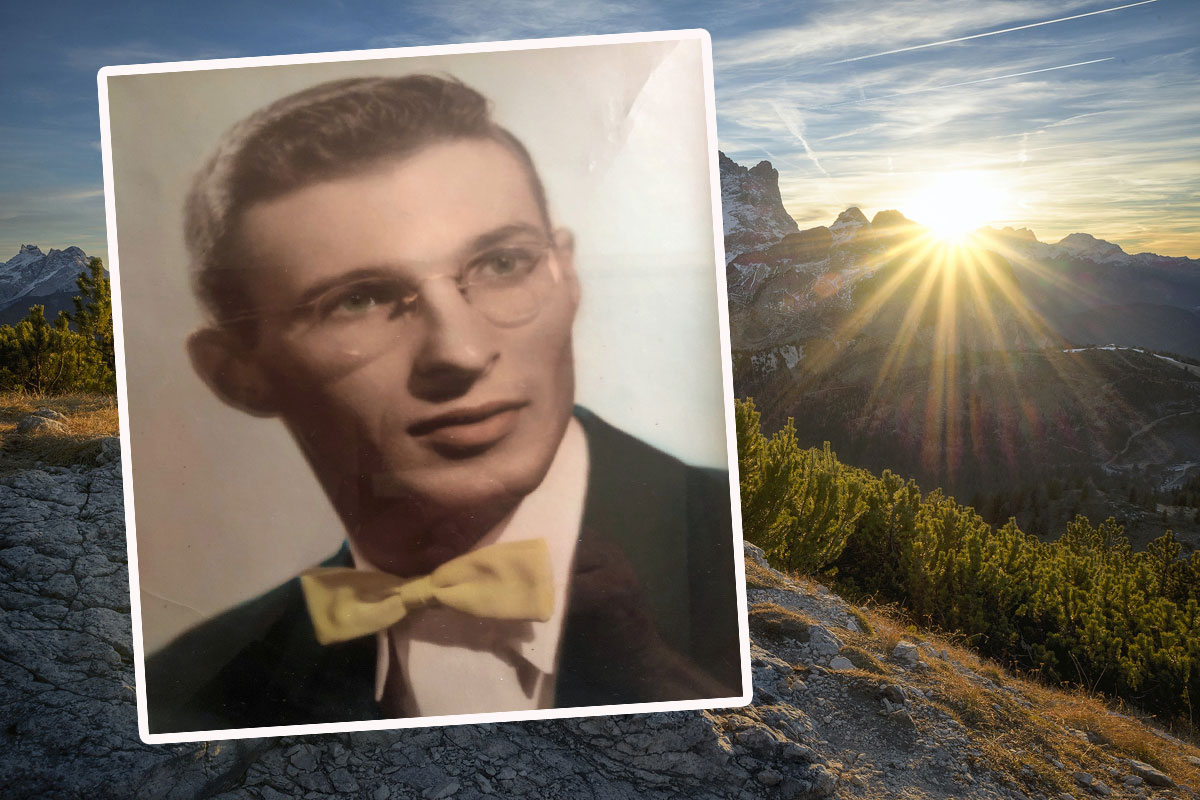 Jack Heald was born September 3, 1925 in Phoenix, Arizona.  In 1941, his family relocated to Southern Oregon’s Illinois Valley on a 40 acre homestead, which at the time had no running water or electricity.  He graduated from Kirby High School in 1943.  Upon graduation he went to work at a steam powered saw mill in Cave Junction, Oregon, then was drafted into the army and shipped to Ft Lewis, Washington. Returning to civilian life, he used his GI Bill to attend radio announcing and engineering school in Hollywood, CA.  He worked a number of years in radio as a DJ and newscaster.  His radio profession led him to KYUM in Yuma, AZ in 1949 where he met his future wife, Mary Ann Higuera.  They were married in 1950 and moved back to southern Oregon where Jack went back to work at the saw mill and built his own house.

In the late 1950’s he packed up his family and moved to the California Central Valley where he worked in radio and earned an AA degree from Modesto Junior College. The next year Stanislaus State was founded in Turlock, CA with classes held at the local Stanislaus County Fair Grounds where Jack was number 13 to register.  While taking classes, an annual Turkey Show was held at the Fair Grounds and the sponsors asked around for a replacement Turkey Judge who had gone missing that day.  A fellow student and also fellow radio announcer volunteered.  He was Cedric Benjamin (later principle at Manteca Jr High).  Cedric accidentally picked the winning turkey and the two DJ’s (Jack and Cedric) began joking on their radio programs about the “turkey college” they attended and the term evolved into Turkey Tech, a not so popular name for CSU Stanislaus for many years.

Upon graduation with a BA and teachers credential, Jack took a job at Wakefield Jr High in Turlock, CA as an English and science teacher and taught for two years when an opening came up at Turlock High School.

The two following summers, Jack enrolled at University of the Pacific in Stockton and earned a Master’s Degree commuting in his 1959 VW Beetle.

At Turlock High, Jack taught English Public Speaking (speech and debate) to a group of highly talented students who immediately began winning medals and trophies including a few placing high at the state and national level.  He developed a strong speech program and recruited several local Turlock residents to judge his annual Turlock High speech tournament from the late 60’s through the mid 70’s.  In later years, he also taught speech at Modesto JC and Merced JC and was appointed assistant to the Head of Speech Department at CSUS.   All during this time Jack worked part-time first at KTUR then KCEY radio stations in Turlock as both a newscaster and disc jockey.

During his years as a teacher, most summers he would pack up family the day after school ended and head to Oregon to the spend the summer in the house he built.

Jack retired in 1981, returning to his property in Southern Oregon and enjoyed his new hobbies of collecting antique tractors and Ford Mustangs. In 1995 Jack started the international Fordson Tractor club and wrote a book on the history the Fordson Tractors manufactured from 1918-1928.  He was a charter member and PA announcer for 27 years at a Grants Pass, OR antique tractor show.

He moved back to Turlock in the fall of 2015 at the age of 90 and was well cared for by his wife and daughter, and for the last year, the great caregivers at St. Thomas Retirement Center.

Jack was preceded in death by his parents Judson and Margret Heald, and his brother Monte.

In lieu of flowers, donations can be made to St. Thomas Retirement Center, 2937 N Berkeley Ave, Turlock, CA 95382.

A private graveside service will be held in Cave Junction, Oregon.