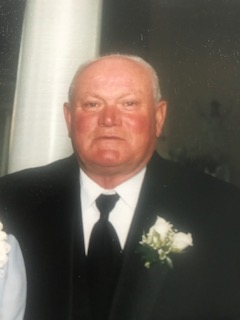 Joao was born January 26, 1937 in Santa Barabara, Terceira Azores.  He immigrated to the United States in 1975 and subsequently resided here in the central valley where he met his wife. He worked in agriculture for 30 plus years, milking and feeding cows.  Joao was an avid gardener.  Every year he planted potatoes.  He gave the fruits of his labor away to friends, neighbors, even the mail man.  For many years, he planted and donated onions for the Jorge de Sena Portuguese school Mantanca fundraiser. Joao also donated his time to the Our Lady of the Assumption Festa.

He will be missed by his wife of 45 years, Maria Fatima Machado, his children Joe Sousa (Patricia) of Turlock, Clara Antrim (Nick) of Turlock along with 5 grandchildren Alicia and Dominic Antrim, Jocelyn, Lilly and Emily Sousa.  His is also survived by his brother Anacleto (Teresa) Sousa, Isidro (Nair) Sousa, and Gilbert Sousa. He was preceded in death by his parents Jose Enes Sousa and Virginia Augusta Pires.

In Lieu of Flowers remembrances may be made in his memory to the Community Hospice and Our Lady of the Assumption Catholic Church .