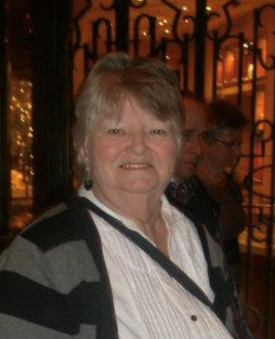 Dec. 1942 – July 2019_x000D_
_x000D_
Mary Jeanette Mathews, known to many as Nette and those even closer as Grandma, was truly a special woman.  There are no words to describe the hole that has been left with her passing.

Jeanette was born in Illinois and her family eventually moved to Missouri.  Jeanette had to hold her own being the only girl with having four brothers.  Jeanette followed in her brothers’ footsteps by joining the military.  She served a two year tour in the US Army as a cook.  Jeanette was honorably discharged from the Army and shortly after gave birth to her only child, Craig.

She returned to Missouri where she used her GI Bill to successfully complete an LVN program. While working in a rehab center she met the love of her life, her husband, Roy “Dale” Mathews.  Although Dale was 13 years her senior, they shared a wonderful life together.

In the mid 70’s Jeanette and Dale followed her brother and moved to Turlock, CA, where she would spend the majority of her life.  After moving to California, Jeanette, obtained her RN license and worked as a labor/delivery/postpartum nurse at Memorial Medical Center for many years.  Once retired, she and Dale moved back to Missouri for a short time. After Dale’s passing, Jeanette decided to move back to Turlock to be with her family and this is where she spent the remainder of her life.

Jeanette was a genuine, kind person, with a beautiful heart.  She was a loyal friend, a confidant, a secret-keeper, and absolutely, unequivocally talented in so many arts including: drawing, painting, knitting, crochet, weaving, quilting, and so much more.  She will be missed every day, but she will never be forgotten.