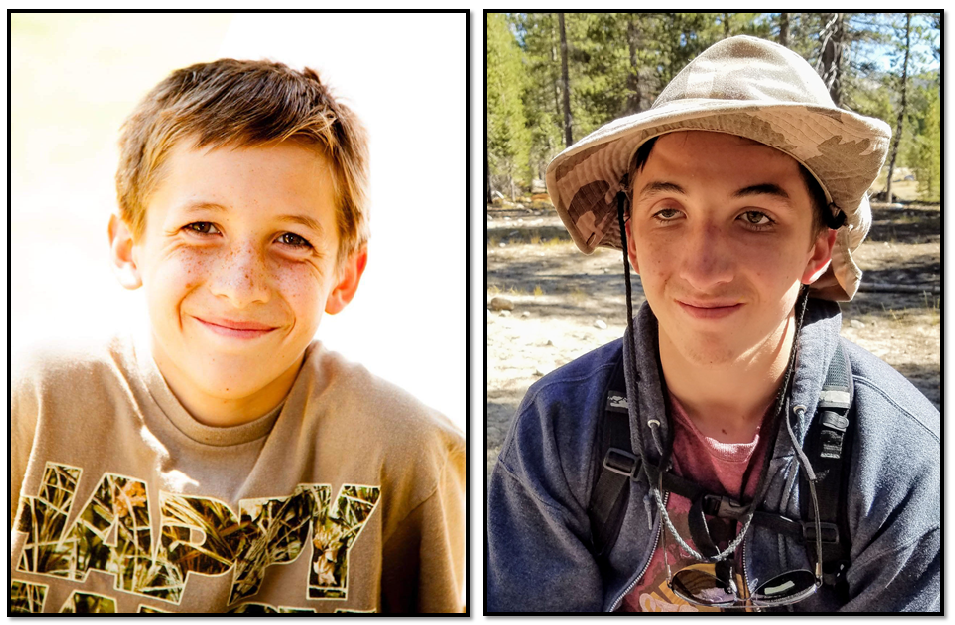 November 4, 2003-December 10, 2019 _x000D_
_x000D_
Merrick is the sixth child of seven siblings born to Craig and Denise McIntire of Turlock, California where he lived the whole sixteen years of his life. A happy baby, he grew into a curious, lovable boy who hunted crawdads and frogs in his grandpa’s ditch, collected rocks and bugs and various treasures.  He enjoyed riding his bike; zipping around on skateboards, rip sticks and quads, and of course climbing just about anything. He joined his family on many adventures camping and hiking, beach days and snowboard days. He grew up a part of Crossroads church family. He started his school career at home through the seventh grade. He gobbled up books way beyond his grade level and whizzed at math skills. He gained computer-programming skills at college level on his own through Kahn Academy.  Merrick learned and greatly enjoyed playing the piano and martial arts. He thoroughly loved life and relating with people.

In June of 2016, at age 12 he suffered a severe brain injury in a car accident and his life changed dramatically. Doctors could not promise he would survive or wake up. But after 10 weeks in a coma, his family and friends celebrated jubilantly when he spoke his first word. That first word began a most curious and grueling journey of recovery. Thousands of people prayed and rooted for him. Doctors and therapists, friends and family did their part. He was a champion that worked hard for each victory. Over the course of the first year, he moved from the wheelchair to a walker to walking on his own. His speech and cognitive thinking kept improving and he started karate lessons and piano playing again which proved to be key pieces to improvement. He fought to overcome neurological muscle fatigue that limited his stamina. He could ride his bike and hike short distances with his family again!  In 2017 he started his freshman year at Denair High School where he made many friends and wonderful memories. He began their Project Life program and worked as a cashier at the Coyote Cup of Kindness coffee cart.

Merrick triumphed over so many challenges but amazingly retained his memory and to everyone’s delight, his personality! He remained the kind, loving boy as before the injury. He loved people. He succeeded to make people laugh with his goofy jokes and rhymes, witty humor and spontaneous, silly songs. Above all he loved God, His Maker. He worshiped Him boldly and enthusiastically. He never felt sorry for himself but confidently said his condition and everything that happened to him was for God’s glory. His faith was unshakable.

Merrick joins family members and friends that have preceded him. He will be painfully missed by his grandparents, John and Gladys Allison; parents, Craig and Denise McIntire; siblings: Morgan, Landon, Mikayla, Lauryn, Nolan and Lynea; and a whole plethora of loving aunts, uncles, cousins, dear friends and everyone else who knew him. All the days he was here are treasured memories now.

We are so proud of you, Merrick John. You ran your race like a champion. You won the prize of eternal life through your faith in Jesus Christ your Savior. To God be the glory! See you soon!

Memorial gifts can be made in Merrick’s memory to the following organizations: