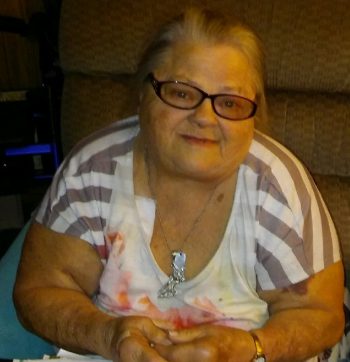 July 1943 – August 2018_x000D_
_x000D_
Priscilla Ann Nelson (Clark and Lovett) was born and raised in San Jose, CA to Arnold Woodward Lovett and Nita Verel Barrow on July 31, 1943 and passed away on August 15, 2018 in Modesto, CA. She married her first husband Walter Clark in 1960 until his passing in 1992. She went on to marry her second husband Gary Nelson in 2005. She worked as a line worker for Foster Farms in the hatchery for 19 years. She was involved in Modesto Rival Center for a short time. She was also a loving and caring person to all those that knew her.

Visitation will be from 3-7 PM on Monday, August 20, 2018 at Allen Mortuary in Turlock, CA. A graveside service will be held at 12 PM on Tuesday, August 21, 2018 at St. Stanislaus Catholic Cemetery with Reverend Jeremiah Williams of Modesto Revival Center officiating. Burial will follow.

Memories can be shared at www.AllenMortuary.com.