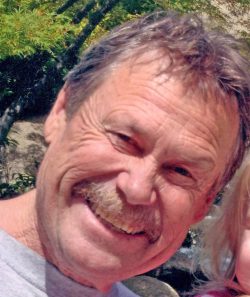 December 1952 ~ May 2020_x000D_
_x000D_
Our beloved Estonian, Rive Trubok, age 67 of Turlock passed away May 22, 2020.  Rive was the first Trubok born in the United States after his parents and sister migrated to Hilmar after WWII.  He lived in Los Angeles where he graduated in 1970 from Poly Technic High School in North Hollywood.  He then moved back to Hilmar and received his Associates Degree from Modesto Jr. College.  Rive owned and operated The Sport Shop Foreign Cars in Turlock for the last 42 years.  Rive grew up riding dirt bikes and raced competitively from 1972 -1978.  He then received his pilot’s license and enjoyed flying his planes.  Rive loved being outdoors, hiking, camping and water skiing and he had a strong love for animals.

Rive is survived by his daughter, Kelley (Alan, Jr) Trubok-Clinkenbeard, granddaughter, Kendall Clinkenbeard; and sister, Ulli (Marshall) Krause.  He is preceded in death by his parents, Rudolf and Aurelie Trubok.

A celebration of life will be held at a later date.

Donations of live blue hydrangea plants can be made in Rive’s memory and will be planted in the family memorial garden. Hydrangeas can be delivered to Allen Mortuary at 247 N Broadway, Turlock, CA 95380 for the family.