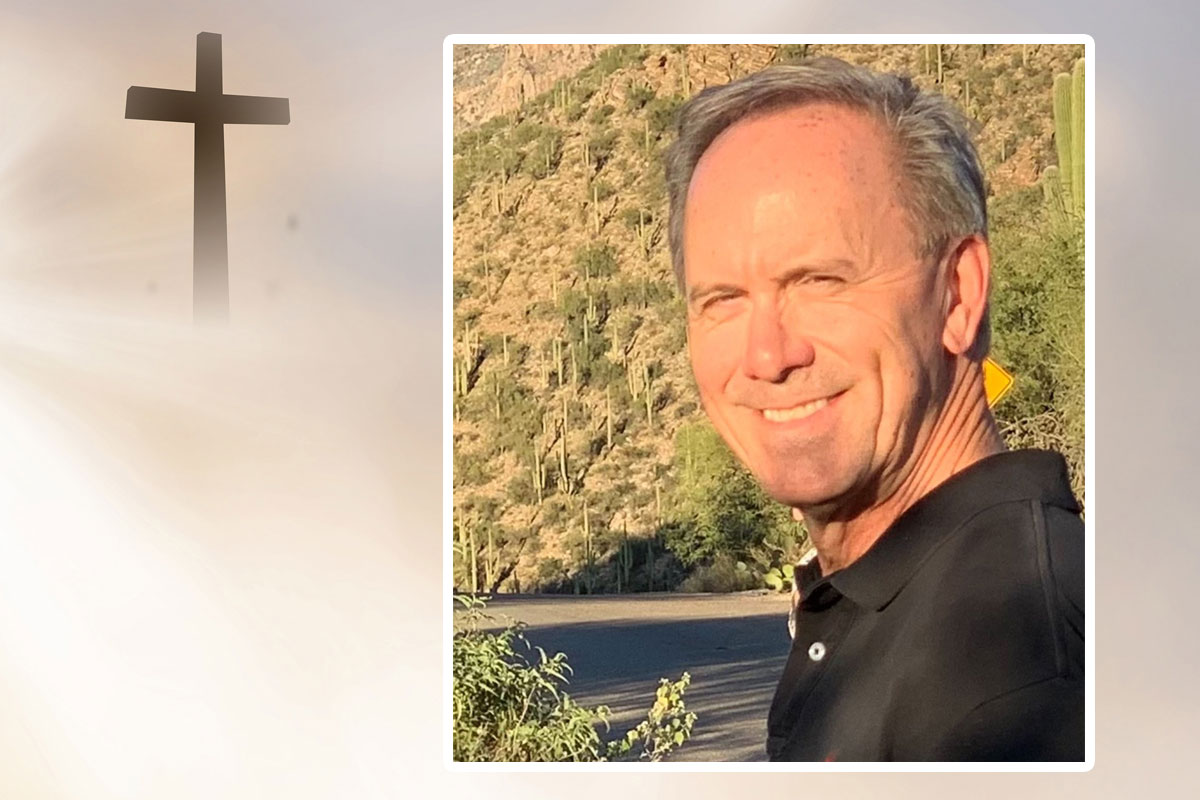 After a brief but fierce battle with leukemia, God decided to take Randy home on August 16, 2021.

Randal Larry Dickson was born September 28, 1959 to Larry and Gail (Noel) Dickson at Mather AFB near Sacramento, CA. He was raised in Sacramento, attended area schools and graduated from Elk Grove High School. A graduate of Anderson University, Anderson Indiana, he married Erin Blackwell in October 1991. Daughter Natalie was born in 1994, and son Ben arrived in 1998. Randy and Erin moved to Turlock CA in 2000 and raised their family there. Randy had a long career in the packaging industry, most recently working with International Paper, where he met many customers and coworkers who have become close friends.

Randy loved 70’s music, baseball, traveling, corny jokes, and The Andy Griffith Show. He loved spending time with the lifelong friends he met in his church’s youth group and they got together as often as possible in recent years.

Randy and his family enjoyed vacationing in Disneyland, Hawaii, Yosemite, Monterey, cruises to Mexico and the Caribbean, and one amazing trip to Japan. Randy and Erin were looking forward to many more trips after his planned retirement later this year.

Randy was an amazing man of God. Over the years Randy served as an elder, leader, teacher, and church planter in many of the churches he was involved with. He played guitar for worship even though he claimed he had no rhythm, and used the challenges he’d experienced in life to minister to others.