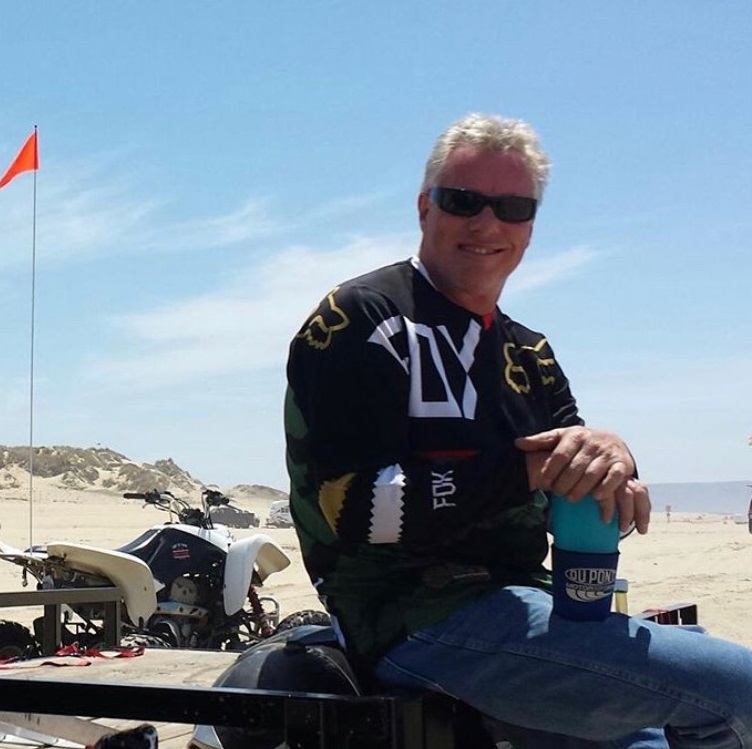 Rick attended Elementary and High School in the Bay area and after high school enlisted into the Army serving as a Helicopter Mechanic.

After his service he began to work in the Plastic Injection Molding industry which ended up being his career for 35 years. He was a Molding Department Manager for Volk Enterprises in Turlock for nearly 25 years. His passion was his work, his love of his family and playing with the “Grands”! He also enjoyed sports, camping and quading. Rick was a lover of all animals, especially his cats.

He will be deeply missed by all who knew and loved him. The family would like to express their gratitude to Community Hospice for their compassionate care. In lieu of flowers, donations may be made to Community Hospice @ 4368 Spyres Way Modesto, CA 95356 or to Friends of Turlock Animal Shelter, 2620 Ball Ct., Turlock, CA 95382.

A Celebration of Life will be held October 4th at 1:00 pm in the Event Center of Allen Mortuary, 239 North Broadway, Turlock. In keeping with Rick’s wishes please feel free to dress casual.